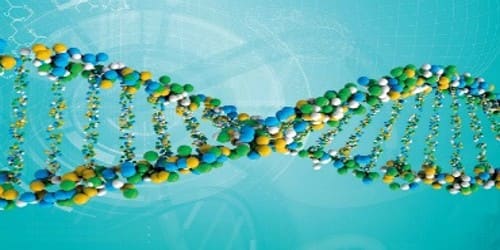 Genetics is a discipline of biology. It is the study of heredity in general and of genes in particular. It is the science of heredity. This includes the study of genes and the inheritance of variation and traits of living organisms. Genetics arose out of the identification of genes, the fundamental units responsible for heredity. It is the branch of science concerned with genes, heredity, and variation in living organisms. In the laboratory, genetics proceeds by mating carefully selected organisms and analyzing their offspring. Every child inherits genes from both of their biological parents and these genes, in turn, express specific traits. Some of these traits may be physical for example hair and eye color and skin color etc.

Genetics pertains to humans and all other organisms. More informally, genetics is the study of how parents pass some of their characteristics to their children. Genetics as a scientific discipline stemmed from the work of Gregor Mendel in the middle of the 19th century. It is an important part of biology and gives the basic rules on which evolution acts. Genetic problems also occur when abnormalities affect the sex chromosomes. Some genetic problems are caused by a single gene that is present but altered in some way.

Each gene is a piece of genetic information. All the DNA in the cell makes up for the human genome. The fact that living things inherit traits from their parents has been known since prehistoric times and used to improve crop plants and animals through selective breeding. However, the modern science of genetics seeks to understand the process of inheritance. This began with the work of Gregor Mendel in the mid-nineteenth century. Although he did not know the physical basis for heredity, Mendel observed that organisms inherit traits via discrete units of inheritance, which are now called genes.