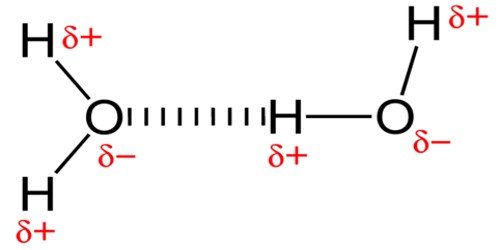 Hydrogen bonds can occur between molecules (intermolecularly), or within different parts of a single molecule (intramolecularly). It is a weak type of force that forms a special type of dipole-dipole attraction which occurs when a hydrogen atom bonded to a strongly electronegative atom exists in the vicinity of another electronegative atom with a lone pair of electrons. The typical hydrogen bond is stronger than van der Waals forces but weaker than covalent, ionic and metallic bonds. The increase in the boiling point happens because the molecules are getting larger with more electrons, and so van der Waals dispersion forces become greater. 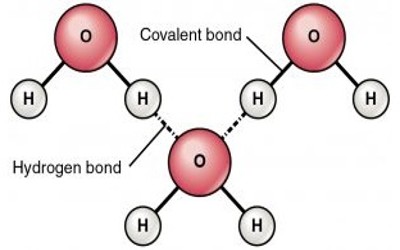 So, the hydrogen bond is one of the strongest intermolecular attractions, but weaker than a covalent or an ionic bond. In the cases of NH3, H2O, and HF there must be some additional intermolecular forces of attraction, requiring significantly more heat energy to break. Hydrogen bonding also occurs in organic molecules containing N-H groups – in the same sort of way that it occurs in ammonia. Examples range from simple molecules like CH3NH2(methylamine) to large molecules like proteins and DNA.

Intermolecular hydrogen bonding is responsible for the high boiling point of water (100 °C). In water, there is exactly the right number of each. Water could be considered as the “perfect” hydrogen bonded system.