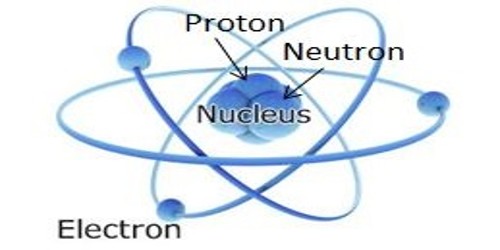 A proton is part of an atom. They are found in the nucleus of an atom along with neutrons. It is a subatomic particle with a mass defined as 1 and a charge of +1 (positive charge). It is a subatomic particle found in the nucleus of every atom. The periodic table groups atoms according to how many protons they have. A single atom of hydrogen (the lightest kind of atom) is made up of an electron moving around a proton. The nucleus of every atom contains protons. Most of the mass of this atom is in the proton, which is almost 2000 times heavier than the electron. Protons and neutrons make up the nucleus of every other kind of atom. In any one element, the number of protons is always the same. The number of protons of an atom of an element is its atomic number. An atom’s atomic number is equal to the number of protons in that atom. This number gives each element its unique identity.

The term “proton” is a Greek word that means “first.” Ernest Rutherford first used the term in 1920 to describe the nucleus of hydrogen. They are stable subatomic particle that has a positive charge equal in magnitude to a unit of electron charge and a rest mass of 1.67262 × 10−27 kg, which is 1,836 times the mass of an electron. The particles are accelerated by the earth’s magnetic field, causing ionospheric disturbances known as geomagnetic storms. 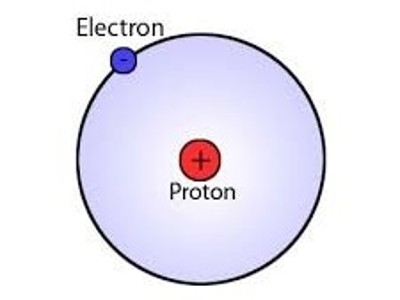 Protons are made of quarks. A proton is believed to be made up of 3 quarks, two up quarks and one down quark. One down quark has a charge of -1/3, and two up quarks have a charge of +2/3 each. This adds to a charge of +1. A proton has a very small mass. The mass of the proton is about one atomic mass unit. The mass of the neutron is also about one atomic mass unit. The size of a proton is determined by the vibration of the quarks that are in it, and these quarks effectively form a cloud. This means that a proton is not so much a hardball as an area that contains quarks. Free protons are common, often formed when sufficient energy is available to separate protons from electrons. About 90 percent of cosmic rays consist of protons.