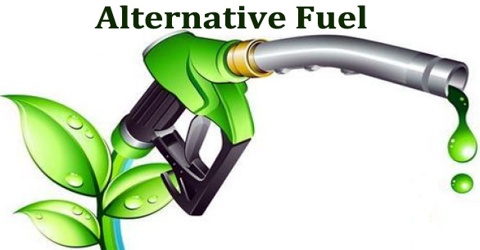 There are currently more than a dozen alternative fuel sources under production around the world. Some of which include petrol, diesel, natural gas, as well as nuclear fuels (uranium and thorium). The main users of alternative fuels are government and private sector vehicle fleets. This is helping to reduce the demand on fossil fuels, which are rapidly depleting.

The main purpose of fuel is to store energy, which should be in a stable form and can be easily transported to the place of use. Almost all fuels are chemical fuels. The user employs this fuel to generate heat or perform mechanical work, such as powering an engine. It may also be used to generate electricity, which is then used for heating, lighting, or other purpose.

Electricity is produced domestically from a variety of sources such as coal, natural gas, nuclear power, and renewables. Powering vehicles with electricity causes no tailpipe emissions, but generating electricity can produce pollutants and greenhouse gases. Hydrogen can be produced domestically from fossil fuels (such as coal), nuclear power, or renewable resources, such as hydropower. Fuel cell vehicles powered by pure hydrogen emit no harmful air pollutants.

Methanol and Ethanol fuel are primary sources of energy; they are convenient fuels for storing and transporting energy. These alcohols can be used in internal combustion engines as alternative fuels. Butanol has another advantage: it is the only alcohol-based motor fuel that can be transported readily by existing petroleum-product pipeline networks, instead of only by tanker trucks and railroad cars.

The Federal Highway Administration (FHWA) recently announced the designation of the nation’s first alternative fuel corridors for electric, hydrogen, natural gas, and propane vehicles. With this designation, FHWA is facilitating the creation and expansion of a national network of alternative fueling and charging infrastructure along national highway system corridors. Benefits of using AFVs (Alternative Fuel Vehicle) include reductions in the cost of fuel, carbon emissions and environmental impact. It gives the ability to supply one’s own fuel, even perhaps making fuel from what would otherwise be waste. Alternative fuel vehicles have become increasingly popular over the past couple decades as consumers, car manufacturers and governments have become more concerned with energy conservation and the environmental effects of conventional fuels.