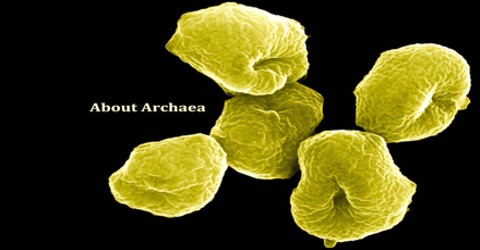 Archaea is a unique group of microorganisms, which are called bacteria (Archaeobacteria) but are genetically and metabolically different from all other known bacteria. They appear to be living fossils, the survivors of an ancient group of organisms that bridged the gap in evolution between bacteria and multicellular organisms (eukaryotes). It is a highly concentrated blend of beneficial natural microorganisms put together after years of research. Archaea has been proven to triple the growth rate, decrease seed germination time by 2/3, reduce transplant shock, produce more blooms and increase crop yield. Plants grown with Archaea exhibit healthier roots and increased disease and pest resistance. Archaea is derived from the Greek word archaios, meaning “ancient” or “primitive,” and indeed some archaea exhibit characteristics worthy of that name. Members of the archaea include: Pyrolobus fumarii, which holds the upper temperature limit for life at 113 °C (235 °F) and was found living in hydrothermal vents; species of Picrophilus, which were isolated from acidic soils in Japan and are the most acid-tolerant organisms known—capable of growth at around pH 0; and the methanogens, which produce methane gas as a metabolic by-product and are found in anaerobic environments, such as in marshes, hot springs, and the guts of animals, including humans.

The classification of archaea and of prokaryotes in general, is a rapidly moving and contentious field. Current classification systems aim to organize archaea into groups of organisms that share structural features and common ancestors. These classifications rely heavily on the use of the sequence of ribosomal RNA genes to reveal relationships between organisms (molecular phylogenetics). Most of the culturable and well-investigated species of archaea are members of two main phyla, the Euryarchaeota and Crenarchaeota. Other groups have been tentatively created. The classification of archaea into species is also controversial. Biology defines a species as a group of related organisms. The familiar exclusive breeding criterion, organisms that can breed with each other but not with others, is of no help here because archaea reproduce asexually.

Archaea show high levels of horizontal gene transfer between lineages. Some researchers suggest that individuals can be grouped into species-like populations given highly similar genomes and infrequent gene transfer to/from cells with less-related genomes, as in the genus Ferroplasma. On the other hand, studies in Halorubrum found significant genetic transfer to/from less-related populations, limiting the criterion’s applicability. A second concern is to what extent such species designations have practical meaning.

Hyperthermophiles – Hyperthermophiles are organisms that grow best at temperatures above 80 degrees Celsius. The Archaea Pyrolobus fumarii thrives in incredibly deep water at the bottom of the ocean in hydrothermal vent chimneys that can be well over the boiling point of water. Pyrolobus can actively grow at 113 degrees Celsius and can survive in an autoclave, a device that uses heat and pressure to sterilize equipment, at 121 degrees Celsius for an hour. These are conditions that even the toughest bacterial endospores can’t survive.

Extreme Halophiles – Extreme halophiles are organisms that require salt for growth and can survive in high-salt environments. These Archaea grow best between 12 and 23% salt but can survive in a saturated salt solution of 32%. As a comparison, seawater is only 3.5% salt and most bacteria are unable to grow in seawater because it is too salty. The Great Salt Lake, pools of evaporating seawater like the San Francisco Salt Ponds, and the surfaces of salted meats and fish all have very high salt concentrations that extreme halophiles can survive. Structure and Functions of Archaea

As well as electron microscopic observations of a variety of diverse archaea, have indicated a number of different types of surface structures. Most archaea possess a cell wall. In most archaea the wall is assembled from surface-layer proteins, which form an S-layer. An S-layer is a rigid array of protein molecules that cover the outside of the cell. This layer provides both chemical and physical protection, and can prevent macromolecules from contacting the cell membrane. Unlike bacteria, archaea lack peptidoglycan in their cell walls. Methanobacteriales do have cell walls containing pseudopeptidoglycan, which resembles eubacterial peptidoglycan in morphology, function, and physical structure, but pseudopeptidoglycan is distinct in chemical structure; it lacks D-amino acids and N-acetylmuramic acid.

Many archaea are known to be chemotactic and/or phototactic. The ability of archaea to respond to changes in their environment is through a system very similar to the chemotaxis system found in bacteria.

Archaea is necessary to breakdown the trace element organic compounds. These compounds are needed to initiate and maintain all plant and animal immune systems. Healthy plants and soils use less water, nutrients, and still produce more.