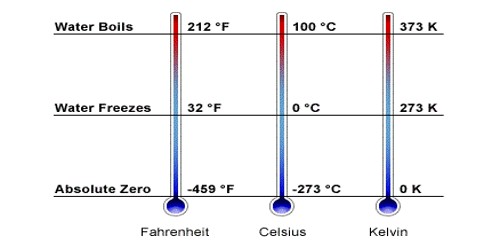 Absolute zero is the lowest temperature possible. A theoretical condition concerning a system at the lowest limit of the thermodynamic temperature scale, or zero kelvins, at which the system does not emit or absorb energy. At a temperature of absolute zero, there is no motion and no heat. By extrapolating the ideal gas law, the internationally agreed-upon value for absolute zero has been determined as −273.15 °C (−459.67 °F; 0.00 K). It occurs at a temperature of 0 degrees Kelvin, or -273.15 degrees Celsius, or at -460 degrees Fahrenheit. 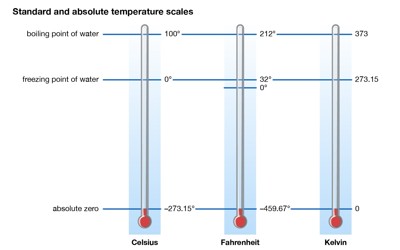 Science is full of zeroes. Light has zero mass. Neutrons have zero charges. Absolute zero represents the coldest possible temperature, which defies the this-versus-that pattern. It’s the absolute nadir of our universe’s thermometer. And it gets pretty weird down there. Stranger still, absolute zero isn’t even zero on the temperature scales used by nonscientists. It’s minus 273.15 degrees on the Celsius scale or minus 459.67 degrees Fahrenheit. Different materials vary in how cold they can get, and theory suggests we’ll never get to absolute zero. In the quantum-mechanical description, matter (solid) at absolute zero is in its ground state, the point of lowest internal energy.