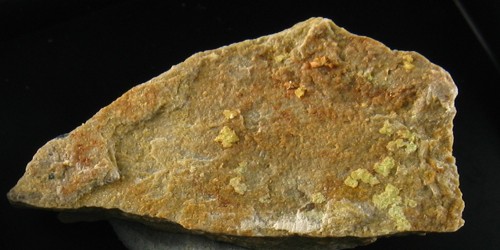 It crystallizes in the tetragonal system. Its Mohs scale rating is 6.5 and a specific gravity of 4.96. It has a metallic luster and its color is jet black, with light brown streaks. Abswurmbachite can be identified in the field by its brownish-black color. It is opaque, with a hardness of 6.5 (approximate to pyrite), and a density of 4.96g/cm3.

This mineral has a metallic lustre, with no cleavage.

Abswurmbachite can be found on the islands of Greece at Mili, Evvia Island, and Apikia, Andros Island, and the Cyclades Islands.