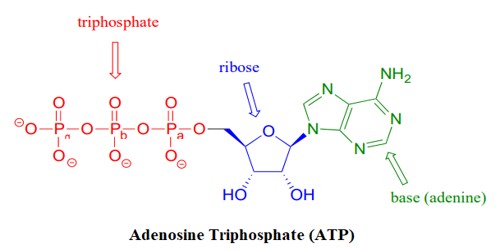 Adenosine triphosphate (Commonly known as, ATP) is a nucleotide used in cells as a coenzyme. It is an important extracellular signaling molecule. It is considered by biologists to be the energy currency of life. It is often called the “molecular unit of currency”: ATP transports chemical energy within cells for metabolism. It is a central metabolite that plays fundamental roles as an energy transfer molecule, a phosphate donor, and a signaling molecule inside the cells. ATP also plays an important role in the synthesis of nucleic acids.

Every cell uses ATP for energy. It is a complex organic chemical that provides energy to drive many processes in living cells, e.g. muscle contraction, nerve impulse propagation, and chemical synthesis. It consists of a base (adenine) and three phosphate groups. 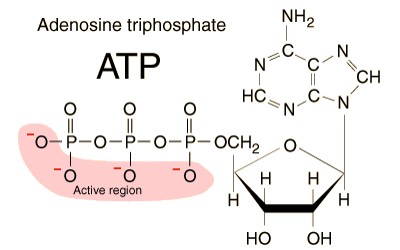 ATP is the main carrier of energy that is used for all cellular activities. ATP is the main energy source for the majority of cellular functions. This energy powers all reactions that take place inside the cell. The energy is used for all the processes which keep the organism alive. This includes the synthesis of macromolecules, including DNA and RNA (see below), and proteins. ATP also plays a critical role in the active transport of macromolecules across cell membranes, e.g. exocytosis and endocytosis. This special carrier of energy is the molecule adenosine triphosphate or ATP.