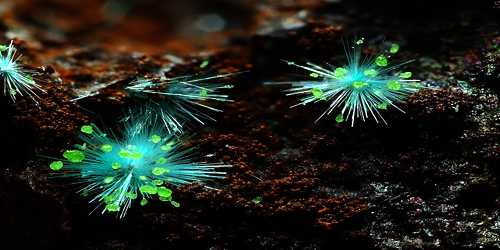 Agardite is a mineral group consisting of agardite-(Y), agardite-(Ce), agardite-(Nd) and agardite- They comprise a group of minerals that are hydrous hydrated arsenates of rare-earth elements (REE) and copper, with the general chemical formula (REE,Ca)Cu6(AsO4)3(OH)6·3H2O.

Yttrium, cerium, neodymium, lanthanum, as well as the trace to minor amounts of other REEs, are present in their structure. Agardite-(Y) occurs in the oxidation zone of some copper deposits. It is often associated with minerals such as azurite, chrysocolla, malachite, cuprite, copper, quartz, and mimetite.