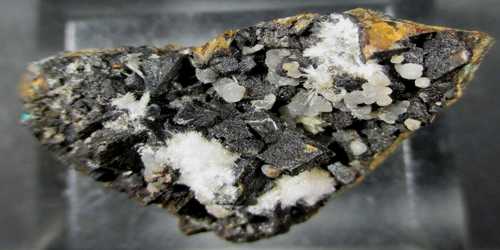 It can be identified in the field by its color variations, such as pink, brown, apple-green, and red. Its transparent form has {110} distinct, {103} distinct cleavage. This mineral has a vitreous luster, with a light green streak. The fracture on this mineral is brittle.