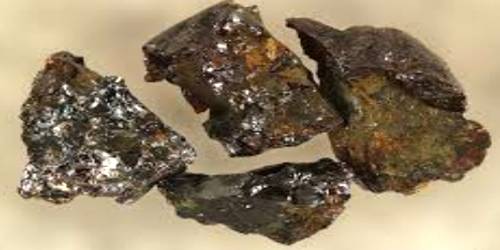 Akimotoite is a rare silicate mineral (Mg,Fe)SiO3 in the ilmenite group of minerals. It found in fragments within veins of the shock-induced melt. It is a member of the Ilmenite group and dimorphic relationship with enstatite and clinoenstatite. It is polymorphous with pyroxene and with bridgmanite, a natural silicate perovskite, which, on the contrary, is regarded as the most common mineral on Earth. Akimotoite has a vitreous luster, is colorless, and has a white or colorless streak. It is the silicon analog of geikielite (MgTiO3). Thermal equation of state of akimotoite and effects of the akimotoite–garnet transformation on the seismic structure near the 660 km discontinuity. Aluminum content plays an important role in defining the akimotoite–garnet phase boundary relative to the geotherm and lateral Al variations may cause the transition boundary to fluctuate with depth. Therefore one must be cautious in interpreting seismic tomography observations in the transition zone.

Akimotoite was found in the Tenham meteorites in Queensland, Australia. It is believed to have formed as the result of an extraterrestrial shock event. It is the silicon analog of geikielite (MgTiO3). It was named after physicist Syun-iti Akimoto (1925–2004), University of Tokyo.

It has also been reported from the Sixiangkou meteorite in the Gaogang District, Jiangsu Province, Taizhou Prefecture, China; the Zagami Martian meteorite, Katsina State, Nigeria and from the Umbarger meteorite, Randall County, Texas.