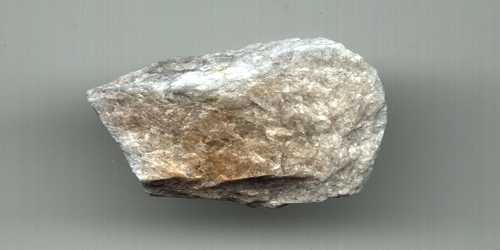 The pure albite endmember has the formula NaAlSi3O8. It is a tectosilicate. Its color is usually pure white, hence its name from Latin albus. It is a common constituent in felsic rocks. It also forms a series with Sanidine, and the intermediary member of this series is Anorthoclase. Albite crystallizes with triclinic pinacoidal forms. Its specific gravity is about 2.62 and it has a Mohs hardness of 6–6.5. Albite almost always exhibits crystal twinning often as minute parallel striations on the crystal face. It is used in the manufacture of glass and ceramics, but its primary geologic importance is as a rock-forming mineral. Albite often occurs as fine parallel segregations alternating with pink microcline in perthite as a result of exolution on cooling.

Albite is a very common mineral and is an important rock-forming mineral. It takes a long time for Albite to crystallize than the other feldspars. There are two variants of albite, which are referred to as low albite and high albite; the latter is also known as analbite. Although both variants are triclinic, they differ in the volume of their unit cell, which is slightly larger for the high form. The high form can be produced from the low form by heating above c. 750 °C (1382 °F). Upon further heating to more than c. 1050 °C the crystal symmetry changes from triclinic to monoclinic; this variant is also known as monalbite.

Albite sometimes forms in association with the feldspar mineral Microcline in alternating patterns and forms a feldspar rock known as Perthite. It occurs in granitic and pegmatite masses, in some hydrothermal vein deposits and forms part of the typical greenschist metamorphic facies for rocks of an originally basaltic composition. It may also be found in low-grade metamorphic rocks and as authigenic albite in certain sedimentary varieties.

It was first reported in 1815 for an occurrence in Finnbo, Falun, Dalarna, Sweden. It is used as a gemstone in the manufacture of glass and ceramics.