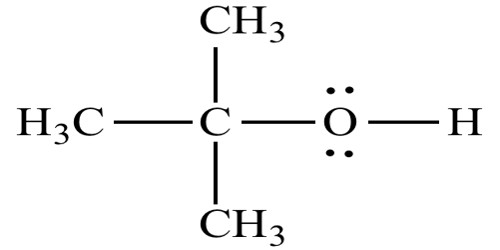 In chemistry, alcohol is a general term that refers to many organic compounds used in industry and science as reagents, solvents, and fuels. They are among the most common organic compounds. Alcohols are carbohydrates which are made of an alkyl group with one or more hydroxyl (-OH) groups bound to its carbon atoms. They are organic molecules assembled from carbon (C), oxygen (O), and hydrogen (H) atoms. An important class of alcohols, of which methanol and ethanol are the simplest members, includes all compounds for which the general formula is CnH2n+1OH. Alcohol is colorless, and also transparent.

The term alcohol originally referred to the primary alcohol ethanol (ethyl alcohol), which is used as a drug and is the main alcohol present in alcoholic beverages. Ir is also known as ethanol or ethyl alcohol, which is the ingredient found in beer, wine, and spirits that causes drunkenness.

There are two ways of naming alcohols: Common names, and IUPAC names.

Common names often are made by taking the name of the alkyl group, and adding the word “alcohol”. For example, “methyl alcohol” or “ethyl alcohol”.

IUPAC names are made by taking the name of the alkane chain, removing the last “e”, and adding “ol”. Examples of this are “methanol” and “ethanol”.

The hydroxyl (OH) group makes alcohol polar. Alcohols are very weakly acidic.  Methanol, ethanol, and propanol are miscible in water. Butanol, with a four-carbon chain, is moderately soluble. Most alcohols are highly flammable. The hydroxy-functional group strongly contributes to the physical properties of alcohol.

Ethanol is most prominent because it is the product of fermentation, a major energy-producing pathway. The other simple alcohols are formed in only trace amounts. More complex alcohols are pervasive, as manifested in sugars, some amino acids, and fatty acids.

They are used as sweeteners and in making perfumes, are valuable intermediates in the synthesis of other compounds, and are among the most abundantly produced organic chemicals in industry