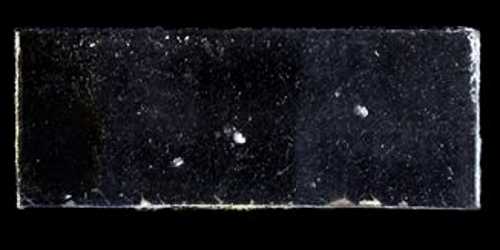 Alforsite is a barium phosphate chloride mineral with formula: Ba5(PO4)3Cl. The Apatite group is compromised of minerals that are isomorphous hexagonal phosphates. It was discovered in 1981 and named to honor geologist John T. Alfors (1930–2005) of the California Geological Survey for his work in the area where it was discovered. It is Not Radioactive

The origin of Alforsite is In lenses and bands of barium silicate metasediments developed under hornblende-pyroxene hornfels facies near the contact with granite or granodiorite. It is a hexagonal colorless crystal in the chemical class phosphates and the group apatite. It is found in certain parts of central California, primarily Fresno, Mariposa, and Tulare Counties. It has also been found in Baja California, Mexico.

Alforsite is a constituent of the apatite group of minerals. It is also called as ICSD 8191. It crystallizes in the hexagonal crystal system with a point group of 6/m and space group P63/m. It occurs as colorless grains that are hard to distinguish from fluoroapatite, as they both display low birefringence and high relief. It is found crystallizing in the massive metasedimentary rock, sanbornite, which is found near granodiorite intrusions in Fresno and Mariposa counties, California. John T. Alfors’ colleagues named the mineral in his honor for his works with rare barium minerals of the sanbornite deposits.

Synthetic alforsite has environmental importance because it may be used to replicate contamination by lead without the harmful effects of lead toxicity. For this reason, remediation of metal in the soil can be practiced. Synthetic alforsite is prepared in a laboratory and mixed with soil to create a polluted soil, and then is treated with a mixture of salt and ammonium dihydrogen phosphate and maintained at a pH level of nine for two weeks.