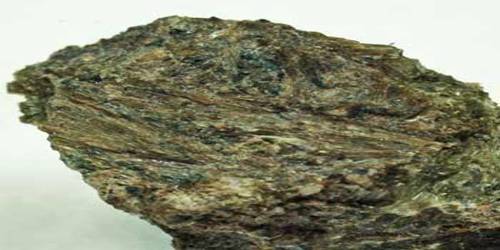 Aliettite is a complicated phyllosilicate mineral of the smectite group with a formula of (Ca0.2Mg6(Si, Al)8O20(OH)4·4H2O). It is not Radioactive. It is a soft, colorless to pale yellow or green earthy mineral which crystallizes in the monoclinic system as minute tabular to platy crystals.

The occurrence of a mineral is greatly influenced by its formation. It was first described in 1968 as an occurrence in Monte Chiaro, Albareto, Parma Province, Emilia-Romagna, Italy and named for the Italian mineralogist Andrea Alietti (born 1923).

Aliettite information will support you realize how these minerals are found in nature. It happens in serpentinized ophiolites and their residual soil. It also happens in altered dolostone. Associated minerals include talc, chlorite, serpentine and calcite. In addition to the type locality in Italy it has been reported from Kinshasa, Katanga; the Chelyabinsk Oblast of the southern Urals and the Turii alkaline Massif of the Kola Peninsula in Russia; the Zirabulak Mountains of Uzbekistan; and the Goldstrike Mine of Eureka County, Nevada, US. Aliettite mineral belongs to Phyllosilicate minerals and Chrisstanleyite belongs to Selenide mineral. It is also important to know the IMA status of a mineral, for the first mineral IMA status is Approved IMA 1969 and for second mineral it is Approved IMA 1998. Another important aspect is the minerals strength or hardness, it has Mohs Hardness between 1-2 while Chrisstanleyite has a hardness of 5.