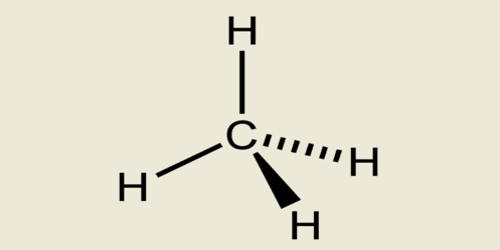 In organic chemistry, an alkane, or paraffin, is an acyclic saturated hydrocarbon. In other words, an alkane consists of hydrogen and carbon atoms arranged in a tree structure in which all the carbon-carbon bonds are single. Methane, propane, ethane, and butane are four alkanes. Alkanes have the general chemical formula CnH2n+2. This means they only have carbon and hydrogen atoms in their chemical formula. The alkanes range in complexity from the simplest case of methane (CH4), where n = 1, to arbitrarily large and complex molecules, like pentacontane (C50H102) or 6-ethyl-2-methyl-5-(1-methylethyl) octane, an isomer of tetradecane (C14H30). Here n is the number of atoms of carbon in their chemical structure. So accordingly the number of hydrogen atoms is 2n+2. This chemical formula will stand true for all saturated hydrocarbons.

IUPAC defines alkanes as “acyclic branched or unbranched hydrocarbons having the general formula CnH2n+2, and therefore consisting entirely of hydrogen atoms and saturated carbon atoms”. They are the simplest and least reactive hydrocarbon species containing only carbons and hydrogens. Hydrocarbons are compounds that are made up of atoms of carbon and hydrogen exclusively.

The applications of alkanes depend on the number of carbon atoms. The first four alkanes are used mainly for heating and cooking purposes, and in some countries for electricity generation. They are not soluble in water, which is highly polar. Methane and ethane are the main components of natural gas; they are normally stored as gases under pressure. It is, however, easier to transport them as liquids: This requires both compression and cooling of the gas. Alkane vapors, such as those of gasoline, cause severe damage to lung tissue by dissolving the fatty material in cell membranes.