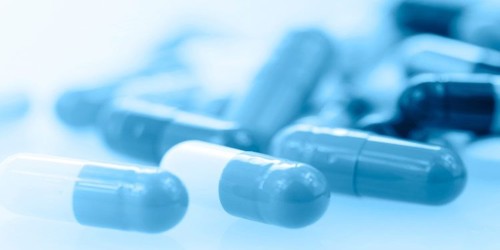 An antibiotic (or antibacterial) is a chemical compound that kills bacteria or slows their growth. They are used to treat bacterial infections. They are used as medicine to treat and cure diseases caused by bacteria. Antibiotic medications are widely used in the treatment and prevention of such infections. They are medications that destroy or slow down the growth of bacteria. They include a range of powerful drugs and are used to treat diseases caused by bacteria.

Some medical professionals have concerns that people are overusing antibiotics. Today, people worry that bacteria will not be affected by antibiotics. Bacteria do evolve, and already many strains of bacteria resist regular antibiotics. These bacteria then multiply and make a large colony that is less affected by the antibiotic. Antibiotics cannot treat viral infections, such as cold, flu, and most coughs.

Part of this problem is caused by the over-use and misuse of antibiotics. Some doctors will still prescribe an antibiotic so the patient feels as though they are being treated for their illness.

The other problem is that many people do not use antibiotics correctly. People often stop taking the medicine when they start feeling better. But antibiotics don’t kill all of the bad bacteria at once. Bacteria that are more resistant do not die right away. When someone stops taking the antibiotic too quickly, these resistant bacteria can reproduce and survive.

Antibiotics are very useful when your body is infected by bacteria. Antibiotics don’t kill the virus, so it is useless against viral infection. They are powerful medicines that fight certain infections and can save lives when used properly.

Used properly, antibiotics can save lives. A doctor must determine if a patient’s infection is of viral or bacterial origin before taking antibiotics, this is another reason why a medical doctor should prescribe antibiotics instead of relying on self-medication.