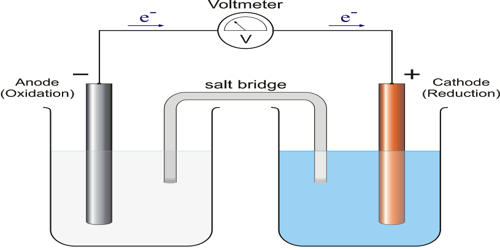 Anodic protection (AP) is a technique to control the corrosion of a metal surface by making it the anode of an electrochemical cell and controlling the electrode potential in a zone where the metal is passive. Cathodic protection finds conventional uses for the control of external corrosion of immersed and buried steel infrastructure and pipelines. It is possible only for material-environment combinations that exhibit fairly wide passive regions. This promotes the formation of a protective film on the steel surface, preventing general corrosion. Anodic protection possesses unique advantages. For example, the applied current is usually equal to the corrosion rate of the protection system. AP is a potential-control electrochemical technique suitable for preventing corrosion of a metal in aggressive environments, such as sulfuric acid.

Anodic protection is based on the development and/or consolidation of protective films on steel and stainless steel equipment to control corrosion at acceptable rates and prevent unacceptable contamination of process fluids with corrosion products. It is mostly used in relatively benign environments, frequently as a complementary protection method to coatings, whereas the AP is applied in a strongly aggressive environment as a fundamental protective measure. Furthermore, AP is normally used when coatings and cathodic protection methods do not provide adequate protection against corrosion. The technique of cathodic protection is well known and has been widely applied to a number of corrosion problems.

So, Anodic protection is the method or technique adopted to reduce the corrosion of the surface of a metal by connecting it as an anode with respect to an inert cathode in the cell formed due to an electrochemical reaction in the corrosive environment, and ensuring that the electrode potential is controlled to keep the metal in a passive state.

An anodic protection system includes an external power supply connected to auxiliary cathodes and controlled by a feedback signal from one or more reference electrodes. It is an electrochemical technique for maintaining passive a metal with an active-passive behavior when placed in an aggressive environment. Careful design and control are required when using anodic protection for several reasons, including excessive current when passivation is lost or unstable, leading to possible accelerated corrosion. The failure of cathodic protection is tolerable for a longer period of time and does not lead to sudden damage to the protected equipment.