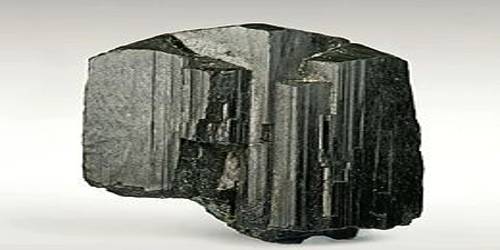 Arfvedsonite is a sodium amphibole mineral with composition: [Na][Na2][(Fe2+)4Fe3+][(OH)2|Si8O22]. It crystallizes in the monoclinic prismatic crystal system and typically occurs as greenish black to bluish grey fibrous to radiating or stellate prisms. It is not Radioactive.

Arfvedsonite is not a common mineral and is found only in a limited amount of localities throughout the world. However, several of these deposits have produced outstanding examples of this mineral, making it a very collectible species. Arfvedsonite was first discovered in 1823. It is named after Johan August Arfwedson (1792–1841), a Swedish chemist credited with the discovery of the element lithium. It is a rather rare mineral occurring in nepheline syenite intrusions and agpaitic (peralkaline) pegmatites and granites as the Golden Horn batholith in Okanogan County, Washington (type locality for zektzerite). Occurrences include Mont Saint-Hilaire, Quebec, Canada; the Ilímaussaq complex in Southern Greenland; and in pegmatites of the Kola Peninsula, Russia. Its mineral association includes nepheline, albite, aegirine, riebeckite, katophorite and quartz