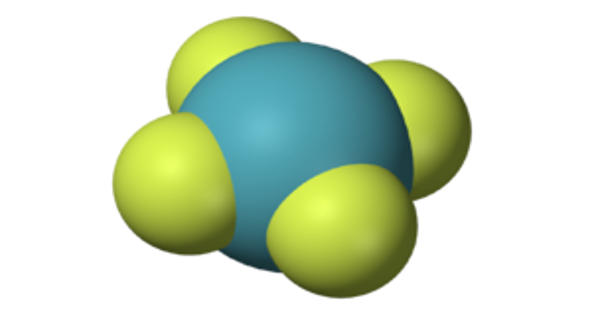 The discovery of this argon compound is credited to a group of Finnish scientists, led by Markku Räsänen. On 24 August 2000, in the journal Nature, they announced their discovery of argon fluorohydride. Argon is considered to be a very inert gas and is not known to form true chemical compounds, as do krypton, xenon, and radon.

Argon makes up 0.94% of the Earth’s atmosphere and is the third most abundant atmospheric gas. This chemical was synthesized by mixing argon and hydrogen fluoride on a cesium iodide surface at 8 K (−265 °C) and exposing the mixture to ultraviolet radiation. This caused the gases to combine. Levels have gradually increased since the Earth was formed because radioactive potassium-40 turns into argon as it decays. Argon is obtained commercially by the distillation of liquid air.

The infrared spectrum of the resulting gas mixture shows that it definitely contains chemical bonds, albeit very weak ones; thus, it is argon fluorohydride, and not a supermolecule or a mixture of argon and hydrogen fluoride. Its chemical bonds are stable only if the substance is kept at temperatures below 27 K (−246°C); upon warming, it decomposes into argon and hydrogen fluoride.

Stable only at very low temperatures, argon fluorohydride begins to decompose once it warms above -246°C (-411°F). Because of this limitation, argon fluorohydride has no uses outside of basic scientific research. It is used in electric light bulbs and in fluorescent tubes at a pressure of about 400 Pa. It is also used as an inert gas shield for arc welding and cutting, as a blanket for the production of titanium and other reactive elements, and as a protective atmosphere for growing silicon and germanium crystals.