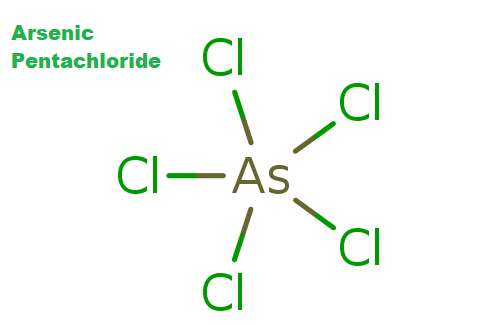 Arsenic pentachloride is a chloride of arsenic. It is a chemical compound of arsenic and chlorine. This compound was first prepared in 1976 through the UV irradiation of arsenic trichloride, AsCl3, in liquid chlorine at −105 °C. AsCl5 decomposes at around −50 °C. The structure of the solid was finally determined in 2001. It is a colorless oily liquid obtained by burning arsenic in chlorine and used in making organic arsenicals and in ceramics. AsCl5 is similar to phosphorus pentachloride, PCl5 in having a trigonal bipyramidal structure where the equatorial bonds are shorter than the axial bonds (As-Cleq = 210.6 pm, 211.9 pm; As-Clax= 220.7 pm).

Arsenic is a chemical element that has the symbol As and atomic number 33. It is a poisonous metalloid that has many allotropic forms: yellow (molecular non-metallic) and several black and grey forms (metalloids) are a few that are seen. The pentachlorides of the elements above and below arsenic in group 15, phosphorus pentachloride, and antimony pentachloride are much more stable and the instability of AsCl5 appears anomalous. Three metalloidal forms of arsenic with different crystal structures are found free in nature (the minerals arsenopyrite and the much rarer arsenolamprite and pararsenolamprite), but it is more commonly found as a compound with other elements 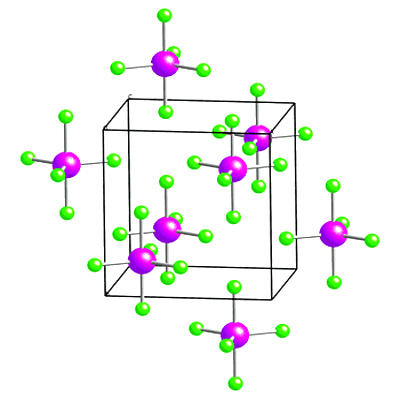