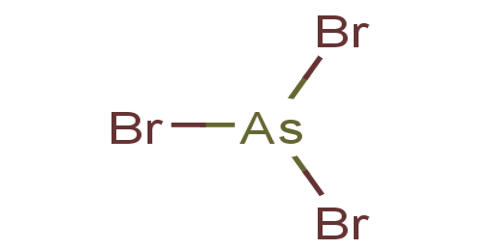 Arsenic tribromide is bromide of arsenic. It is the inorganic compound with the formula AsBr3. It appears as a yellowish-white crystalline solid. Absorbs moisture from the air. This pyramidal molecule is the only known binary arsenic bromide. It is a highly water-soluble crystalline. AsBr3 is noteworthy for its very high refractive index of approximately 2.3. It also has a very high diamagnetic susceptibility. The compound exists as colorless deliquescent crystals that fume in moist air.

Most metal bromide compounds are water-soluble for uses in water treatment, chemical analysis, and in ultra-high purity for certain crystal growth applications. The toxicological properties of this substance have not been fully investigated. It is a poisonous metalloid that has many allotropic forms: yellow (molecular non-metallic) and several black and grey forms (metalloids) are a few that are seen. Inhalation may be fatal as a result of spasm, inflammation, edema of the larynx and bronchi, chemical pneumonitis, and pulmonary edema. 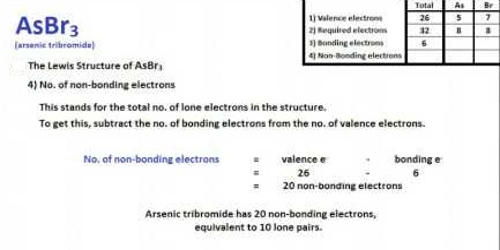 Arsenic tribromide can be prepared by the direct bromination of arsenic powder. It decomposed by water to form arsenic acid and hydrobromic acid, a corrosive. Alternatively, arsenic(III) oxide can be used as the precursor in the presence of elemental sulfur:

Arsenic Bromide is generally immediately available in most volumes. AsBr5 is not known, although the corresponding phosphorus compound PBr5 is well characterized. AsBr3 is the parent for a series of hypervalent anionic bromoarsenates including [As2Br8]2−, [As2Br9]3−, and [As3Br12]3−. Ultra-high purity and high purity compositions improve both optical quality and usefulness as scientific standards.

Organoarsenic bromides, (CH3)2AsBr and (CH3)AsBr2 are formed efficiently by the copper-catalyzed reaction of methyl bromide with hot arsenic metal. This synthesis is similar to the direct process used for the synthesis of methyl chlorosilanes.

Arsenic trioxide is used to treat acute promyelocytic leukemia in people who have not been helped by other types of chemotherapy or whose condition has improved but then worsened following treatment with other types of chemotherapy. Adverse reactions described are leukocytosis, nausea, vomiting, diarrhea, and abdominal pain, fatigue, edema, hyperglycemia, dyspnea, cough, rash or itching, headaches, and dizziness.

Arsenic tribromide is toxic, as are most all arsenic compounds. It may cause irritation of the respiratory tract with burning pain in the nose and throat, coughing, wheezing, shortness of breath and pulmonary edema.