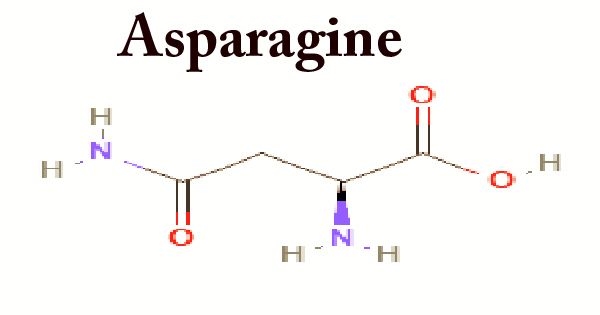 Asparagine (Asn or N symbol), an alpha-amino acid closely associated with aspartic acid and an essential protein component. It comprises an alpha-amino group (which under biological conditions is in the protonated-NH+3 form), an alpha-carboxylic acid group (which under biological conditions is in the deprotonated −COO− form), and an aliphatic amino acid side chain carboxamide, classifying it as a polar (at physiological pH). It plays a major role in glycoprotein and another protein biosynthesis. Asparagine, a metabolic precursor to aspartate, is a non-toxic carrier for the removal of excess ammonia from the human body. In humans, it is non-essential, meaning the body will synthesize it; the codons AAU and AAC encode it.

Asparagine was first isolated from asparagus in 1932, from which its name is derived, and is widely distributed in plant proteins. In warm-blooded species, it is one of the so-called nonessential amino acids: they will synthesize it from aspartic acid. Asparagine’s chemical composition is 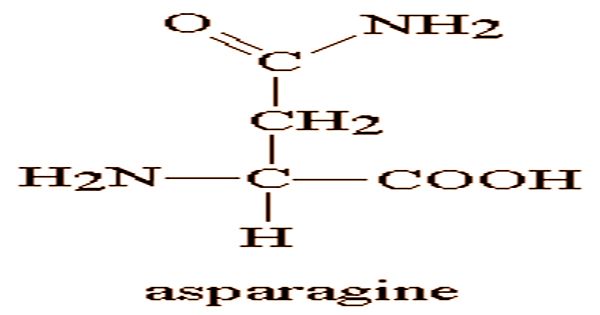 It is an amino acid of the aspartate, proteinogenic amino acid, asparagine, and L-alpha-amino acid family. Hydrophobic and nonpolar are aliphatic amino acids. Valine, alanine, leucine, proline, and isoleucine are examples. Aliphatic compound structures are either unsaturated with double bonds or saturated with a single bond, or even contain triple bonds. Chlorine, sulphur, nitrogen, and oxygen are some elements that are bound to the carbon chain. In nature, they are typically flammable and are used as liquefied natural gas and as fuel for hydrocarbons.

French chemists Louis Nicolas Vauquelin and Pierre Jean Robiquet (then a young assistant) first isolated asparagine in a crystalline form in 1806 from asparagus juice, in which it is abundant, hence the name chosen. It took decades of study to determine the composition of the asparagine. In 1833, the French chemists Antoine François Boutron Charlard and Théophile-Jules Pelouze first described the empirical formula for asparagine; a more precise formula was given by the German chemist Justus Liebig in the same year.

Physical and Chemical Properties of Asparagine: 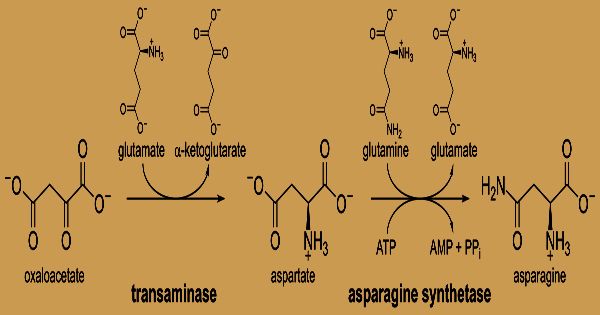 (The biosynthesis of asparagine from oxaloacetate)

This amino acid helps to maintain balance, which is important for the central nervous system of humans. It helps to regulate the functions of the brain’s metabolism. The proper functioning of our body cells and the nervous system is also responsible for this. This avoids becoming incredibly relaxed or highly anxious. Asparagine also provides key sites for N-linked glycosylation, with the addition of carbohydrate chains, altering the protein chain. A carbohydrate tree may usually be attached to an asparagine residue only if the latter is flanked by X-serine or X-threonine on the C side, where X is any amino acid but proline.

Asparagine is available from various sources of food. For human beings, it is not necessary since they are integrated into the transnational metabolic pathway. Whole grains, soy, nuts, legumes, asparagus, seeds, and potatoes are the plant sources. Various seafood, whey, poultry, beef, eggs, fish, lactalbumin, and dairy products provide animal sources of asparagine. For protein synthesis during replication of poxviruses, the availability of asparagine is also essential.