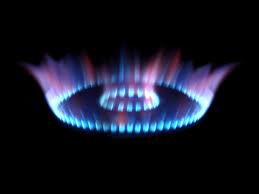 Assignment on Natural Gas In Bangladesh

Bangladesh natural gas production began in 1960 from the Chattak Filed. There is much uncertainty and debate about the level of natural gas reserves in Bangladesh. Estimates from Petrobangla put net proven reserves at 15.3 Tef as of mid-2004.

Petrobangla has approximately 20 natural gas fields nationwide, half of which are active. The main fields include.

So I went there and get much information about natural gas.

And also I churched website as a result I have got the latest information from the website.

I have taken help some of reference book

In our country invented may gas field. bellow I describe about some of being gas field.

This is the biggest gas field in Bangladesh.

(2) The report concluded that Bibiyana is a world class accumulation of natural gas.

(3) The Bibiyana field is estimated to hold as much as 5.5 trillion cubic feet (TCF) of recoverable reserves of natural gas and 30.7 million bevels (MMBBIS) of condensate.

(1) Unocal has signed a natural gas purchased and sales agreement with Petrobangla to develop the MoulaviBazar Field.

(2) Unocal expects to produce 70 to 100 million cubic feet of gas par day from the field beginning in the first quarter 2005.

(4) The Moulavi Bazar # 3 wall set a record for drilling time and low cost.

Two issues in gas sector have been intensely debated in Bangladesh.

The two major political parties, BNP and Al, have publicly committed to the position that export of gas will be allowed only if about 50 years of reserve of domestic use is ensured. International financial institution and gas companies argue the domestic market is too small and gas export is derivable to attract foreign direct investment and improve foreign exchanges reserves, and to use revenue to benefit people and improve infrastructure.

There are some of missing elements in the policy debates:

Gas use should be governed by the some set of criteria as other resources. (1) There are many concepts and indicators of economic returns.

* More important, during the last decade, demand for gas increased at the rate of about 12 percent per annum, with the power, industry and household sector registering the highest level of growth.

Projection of Demand: Given the large potential demand and projected annual GDP growth of 5-6 percent the demand is likely continue to grow at the double digit rates during the current decade (2000-2001).

India has huge potential demand for gas for use in generation of electricity (Additional demand for electricity would be in the order of 10,000 MW per year for the next 15 year mostly in the western and southern region of India.)

For exporting countries, a major consideration is ensuring energy security and adequacy of reserve.

This could mean: (a) Putting aside adequate reserves for domestic use.

(b) Using Part of the export earning for developing alternative energy sources.

(c) A combination of the two-

For importing countries, the main consideration, apart from the price of gas, is the security of supply risk appreciated with the long-ternm contracts.

How can we increase reserves: The proposed rule, i.e., insuring minimum level sufficient to meet domestic demand for 50 years before exports is not appropriate. The 50 year rule is too stringent something like 25-30 years of reserve adequacy is sufficient to make a positive decision about exports.

Once a decision to export is made, there are a number of issues that need to be addressed to maximize country’s gain such projects-

First, to address commercial risks: any project of gas export must be based on long term contract between producers, transporters, sellers and buyers of natural gas.

(i) A key question relevant for both public and private sector allocation decision: is how would the new supply of gas be used in different sectors. (2) An approach which analysts often take is that of netback valve analysis, which indicates the economic valve of per unit of gas, expressed, for example is US$ / MCF.

Table 2 present estimates for the existing uses of gas (bases in world Bank data). It show that benefit/cost ratio is highest in:

Export of gas based product

The previous page I show how gas should be allocated across domestic uses. Gas could be exported i various forms:

(a)   Indirectly by being converted into fertilizers or power which is then exported.

(b)   Directly, either through pipelines or as liquefied natural gas (LNG)

Converting gas into fertilizer for exports:

This many appear to be very attractive proposition with potential markets in Nepal, India and China. World prices for urea vary a lot.

Most of the seven public sector fertilizer factories in Bangladesh, including KAFKO, depend on subsidized gas prices. Source factories make losses. The industry operating system is very poor and also inefficiency management system. A recent study done for the Government of Bangladesh by Lucas and associates (USA) indicate that:

Direct export of gas: The production sharing  contracts with the international will companies seem to allow for exports of gas in the from of LNG.

Setting up an LNG Plant requires:

(b)  Long-term contract with buyers.

The cost of delivering LNG to Japan, a likely market, has been e estimated to be $4.32/MCE. The economic cost of gas at wellhead I estimated to be $ 1.10/MAC. to this, we need to add the liquefaction and transportation cost of $ 3.22.

Export of gas via pipeline: This requires a large investment in the construction of pipeline, similar to investment in construction of transmission lines for electricity exports natural as export project could potentially diversty more commercial risk because it could be sold not only to the power sector but also to industrial, commercial and other upeves all over India.

(a)  Private producers in one country selling to private buyer in any other county.

(b)  Private gas producer selling to a public sector entity in another country or vice versa.

We can understand that natural gas is the most important and valuable aspects in our natural resources. In our country have huge natural gas inverted and un-invented. The present situation of the use of gas is undoubtedly not able to fulfill our desire. It is expected that for the case of the use of gas and for the reservation. We must be careful thinking of the future.

Bangladesh has plenty of natural gas. But only 22-gas field are discovered and also so many places are selected for invented gas. The specialist said that here is many gas field are undiscovered. So, our government should hardly try to undiscovered gas field discovered. And also they should reduce the want of gas. Our general public should be concussing our natural gas. Because, If we increased spend of natural gas this will be finished very quickly. And also I think our government include the metal with the cooker. I hope they are properly utilizing the gas, and our country will progress by the natural gas.