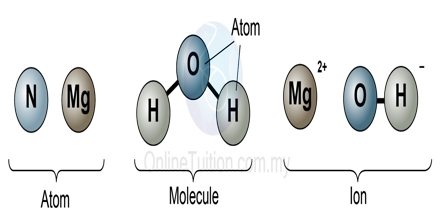 Principle objective of this lecture is to focus on Atoms, Molecules and Ions. By Dalton’s theory; Elements are composed of extremely small particles called atoms. All atoms of a given element are identical. The atoms of one element are different from the atoms of all other elements. A molecule is an aggregate of two or more atoms in a definite arrangement held together by chemical bonds. A molecular formula shows the exact number of atoms of each element in the smallest unit of a substance. An ion is an atom, or group of atoms, that has a net positive or negative charge.