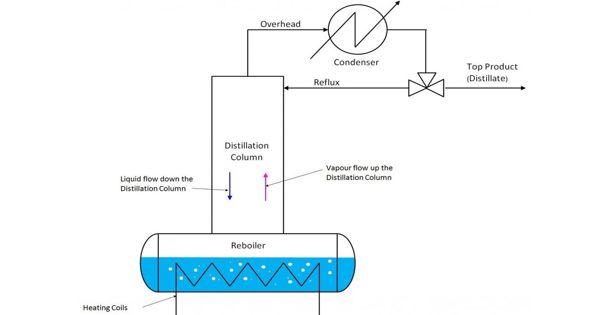 Batch distillation is a process that involves heating two liquids with different boiling points, vaporizing them, and then cooling them to produce a new product with a higher concentration in one of the two liquids. It refers to the use of batch distillation, which means that a mixture is distilled to separate it into its component fractions before being charged with more mixture and the process being repeated. It’s a shaky state operation. This is in contrast to continuous distillation, in which the feedstock is added and the distillate is drawn off continuously. It is usually carried out in a batch still to which a column equivalent to a number of equilibrium stages is attached.

Batch distillation has always played an important role in the production of seasonal, low capacity, and high-purity chemicals. In the batch chemical processing industry, it is still the most widely used separation method. In the pharmaceutical industry, it is a common separation process. Its operating principle is straightforward, and the process is highly adaptable, allowing it to accommodate various mixtures with varying compositions in a single unit.

The batch stripper is another simple batch distillation configuration. The batch stripper is made up of the same components as the batch rectifier. In this case, however, the charge port is located above the stripping column. Because no new liquids are added to the heating vessel during a batch distillation, the product concentration will change over time as the mixture is boiled and the final product is removed.

A batch distillation system may include a heating vessel or still, a distillation column that can be as simple as an empty pipe or as complex as a column with trays or packing, a liquid condenser that uses water or air cooling, and final product collection and storage lines. The high boiling constituents are primarily separated from the charge mixture during operation (after charging the pot and starting up the system). The liquid in the pot is depleted of high boiling constituents while being enriched in low boiling constituents. The bottom product receivers receive the high boiling product. The charge pot’s residual low boiling product is removed. This mode of batch distillation is very seldom applied in industrial processes.

Batch distillation is typically used for small-volume processing of specialty chemicals, pharmaceutical intermediates, and solvent recycling and recovery. It enables a high level of chemical purity as well as maximum flexibility. However, before deciding on batch distillation, you should consider its advantages and disadvantages.