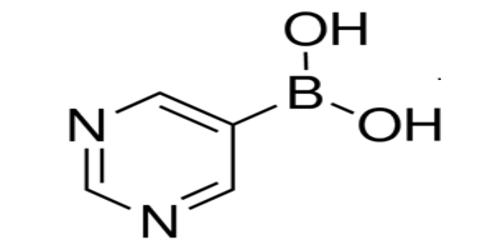 A boronic acid is a compound related to boric acid in which one of the three hydroxyl groups is replaced by an alkyl or aryl group. It is any compound of general formula RB(OH)2. These acids are important in organic synthesis and medicinal chemistry because of their versatility as synthetic intermediates in the preparation of complex molecules. As a compound containing a carbon–boron bond, members of this class thus belong to the larger class of organoboranes. Although boronic acids are recognized primarily for their utility as reagents in transition metal-catalyzed transformations, other applications are emerging, including their use as reaction catalysts.

Boronic acids act as Lewis acids. Their unique feature is that they are capable of forming reversible covalent complexes with sugars, amino acids, hydroxamic acids, etc. These acids act as Lewis acids because of the empty p-orbital on boron, and in the presence of Lewis bases such as hydroxyl groups, interconversion from sp2 to sp3 hybridization readily occurs. Structurally, boronic acids are trivalent boron-containing organic compounds that possess one carbon-based substituent (i.e., a C-B bond) and two hydroxyl groups to fill the remaining valences on the boron atom. The pKa of a boronic acid is ~9, but they can form tetrahedral boronate complexes with pKa ~7. They are occasionally used in the area of molecular recognition to bind to saccharides for fluorescent detection or selective transport of saccharides across membranes. Boronic acids have the advantage over alkyl boron reagents of being isolable, more water tolerant, and that they give only inorganic by-products.

Boronic acid chemistry is another type of covalent separation technique that is often used in glycopeptide enrichment. In this method, boronic acid is used to capture 1,2 and 1,3 cis-diol groups of glycopeptides by creating a covalent bond and forming a cyclic bromate ester. processes. The benefit of boronic acid chemistry is the ability to reverse the reaction by a change in pH for the release of the glycopeptide. It has been functionalized to a variety of surfaces for enrichment procedures including, monoliths, mesoporous silica, magnetic particles, or gold nanoparticles.

Boronic acids are used extensively in organic chemistry as chemical building blocks and intermediates predominantly in the Suzuki coupling. Boronic acids have biological applications as well, such as inhibition of serine proteases. The Raines group described pendant boronic acids enhancing the cytosolic delivery of a protein toxin by forming boronate esters with the 1,2- and 1,3-diols of saccharides, such as those that coat the surface of mammalian cells. A key concept in its chemistry is the transmetallation of its organic residue to a transition metal.