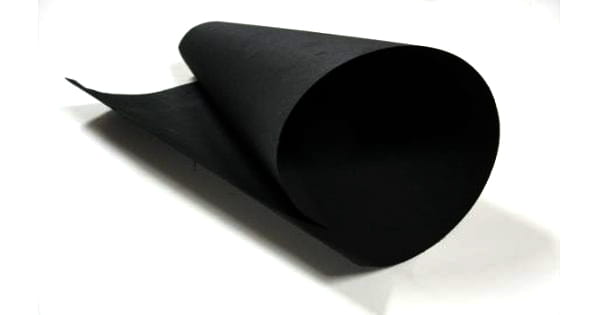 Buckypaper – a thin sheet made from an aggregate of carbon nanotubes

Originally, it was fabricated as a way to handle carbon nanotubes, but it is also being studied and developed into applications by several research groups, showing promise as vehicle armor, personal armor, and next-generation electronics and displays. The carbon nanotube sheet shows tantalizing properties for the aerospace industry.

Buckypaper is one tenth the weight yet potentially 500 times stronger than steel when its sheets are stacked to form a composite. When its sheets are combined, the resulting composite material, which looks like the carbon paper of a typewriter or carbon copy, is 10 times lighter as compared to steel, though 250 times powerful. It could disperse heat like brass or steel and it could conduct electricity like copper or silicon. It also has exceptional low optical reflectivity and thermal conductivity.

Its use on the structural base of the vehicles as well as on its body seems one of the most practical applications of this material. Among the possible uses for buckypaper that are being researched:

Its use is also very interesting in the field of medicine since it is a good material to use in artificial implants. It can also be employed as an electrode component for lithium-ion batteries, vanadium redox flow batteries, and supercapacitors.