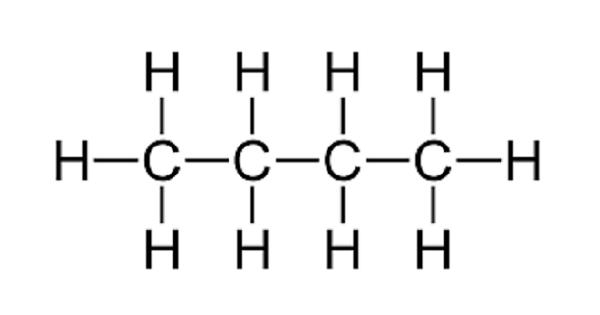 Butane is a hydrocarbon and a highly flammable, colourless, odourless, easily liquefied gas. It is an alkane with the formula C4H10. It is typically used as fuel for cigarette lighters and portable stoves, a propellant in aerosols, a heating fuel, a refrigerant, and in the manufacture of a wide range of products. It is used as a fuel, an aerosol propellant, in cigarette lighters, and to make other chemicals.

Butane is a gas at room temperature and atmospheric pressure. It is shipped as a liquefied gas under its vapor pressure. Butane is a highly flammable, colorless, easily liquefied gas that quickly vaporizes at room temperature. It contact with the liquid can cause frostbite. It is regarded as one of the more harmful volatile substances to inhale. It is easily ignited. High levels of use within a short period of time can lead to depressed breathing and loss of consciousness.

Butane is an organic compound with the formula C4H10. Butane is a saturated hydrocarbon containing 4 carbons, with unbranched structure.

It was discovered by the chemist Edward Frankland in 1849. It was found dissolved in crude petroleum in 1864 by Edmund Ronalds, who was the first to describe its properties.

Butane is a straight chain alkane composed of 4 carbon atoms. When oxygen is plentiful, butane burns to form carbon dioxide and water vapor; when oxygen is limited, carbon (soot) or carbon monoxide may also be formed. It is a gas molecular entity and an alkane. Butane is denser than air. Its vapors are heavier than air.

When there is sufficient oxygen:

When oxygen is limited:

n-Butane is the feedstock for DuPont’s catalytic process for the preparation of maleic anhydride:

Butane is a liquefied petroleum gas that occurs naturally in crude oil and natural gas and is therefore a by-product of crude oil distillation (in refineries during cracking) and natural gas. n-Butane, like all hydrocarbons, undergoes free radical chlorination providing both 1-chloro- and 2-chlorobutanes, as well as more highly chlorinated derivatives. The relative rates of the chlorination is partially explained by the differing bond dissociation energies, 425 and 411 kJ/mol for the two types of C-H bonds.