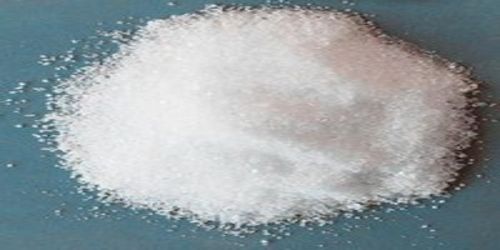 Calcium bicarbonate consists of calcium, hydrogen, oxygen and carbon. It is not a naturally occurring solid, but it does form in water when calcium, carbonate and bicarbonate ions are dissolved with carbon dioxide. It is commonly knows as quick lime. It’s chemical formula is Ca(HCO3)2. The relative concentrations of these carbon-containing species depend on the pH; bicarbonate predominates within the range 6.36-10.25 in fresh water. Water with calcium bicarbonate is healthy to drink because of the mineral content and alkalizing affect, although it can cause build-up in our bathroom and kitchen and be difficult to clean.

Attempts to prepare compounds such as calcium bicarbonate by evaporating its solutionto dryness invariably yield the solid carbonate instead:

Very few solid bicarbonates other than those of thealkali metals andammonium ionare known to exist.

Calcium bicarbonate is sometimes confused with sodium bicarbonate, which is an antacid used for short-term relief of heartburn, indigestion and various stomach problems. Sodium bicarbonate injections are sometimes indicated in the treatment of metabolic acidosis, which is an acidifying of our tissues due to kidney disease, uncontrolled diabetes, circulatory problems, anoxia, severe dehydration, severe diarrhea, drug overdose and some other diseases and conditions, according to the book “Medical Biochemistry: Human Metabolism in Health and Disease”. The above reaction is very important to the formation of stalactites, stalagmites, columns, and other speleothems within caves, and for that matter, in the formation of the caves themselves. As water containing carbon dioxide, including extra CO2 acquired from soil organisms passes through limestone or other calcium carbonate-containing minerals, it dissolves part of the calcium carbonate, hence becomes richer in bicarbonate. As the groundwater enters the cave, the excess carbon dioxide is released from the solution of the bicarbonate, causing the much less soluble calcium carbonate to be deposited. In the reverse process, dissolved carbon dioxide (CO2) in rainwater (H2O) reacts with limestone calcium carbonate (CaCO3) to form soluble calcium bicarbonate (Ca(HCO3)2). This soluble compound is then washed away with the rainwater. This form of weathering is called carbonation.

In medicine, calcium bicarbonate is sometimes administered intravenously to immediately correct the cardiac depressor effects of hypokalemia by increasing calcium concentration in serum, and at the same time, correcting the acid usually present.