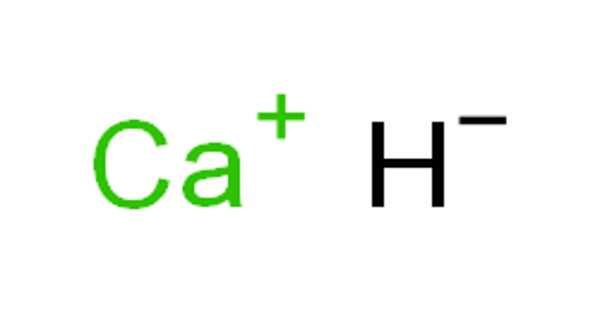 Calcium Monohydride – a Molecule Composed of Calcium and Hydrogen

Calcium monohydride is a molecule with the formula CaH that is made up of calcium and hydrogen. It exists in stars as a gas formed when calcium atoms combine with hydrogen atoms. It is a common desiccant for basic solvents like amines and pyridine. It is also used to dry alcoholic beverages.

The first molecular gas trapped by a magnetic field was calcium monohydride, which was cooled by a cold buffer gas. This broadens the study of trapped cold atoms like rubidium to include molecules.

Alfred Fowler discovered calcium monohydride in 1907 after observing its spectrum in Alpha Herculis and o Ceti. C. M. Olmsted discovered it in sunspots the following year. It was then created in a laboratory by A. Eagle in 1909, and with early research by Hulthèn, Watson, and Weber in 1935.

By exposing metallic calcium to an electric discharge in a hydrogen atmosphere above 750°C, calcium monohydride can be formed. Below this temperature, hydrogen is absorbed and converted to calcium hydride. CaH2 is known as a hydrolith because it is a saline hydride, which means that its structure is salt-like. Saline hydrides are formed by alkali metals and alkaline earth metals. Hydrolith, also known as calcium hydride, is a salt-like binary compound that is used as a reducing agent and hydrogen source.

Laser ablation of calcium dihydride in a helium atmosphere can produce calcium monohydride. At temperatures around 1200 K, gaseous calcium reacts with formaldehyde to produce CaH as well as some CaOH and CaO. This reaction emits an orange-red glow.

CaH reacts as a cold gas with lithium, releasing 0.9eV of energy and forming LiH molecules and calcium atoms. The CaH molecule is thought to be a three-electrons-effective system. It was handled at the Multireference Configuration Interaction level of theory, with effective core potentials, including the Core Polarization Potential operator, and large Gaussian basis sets.