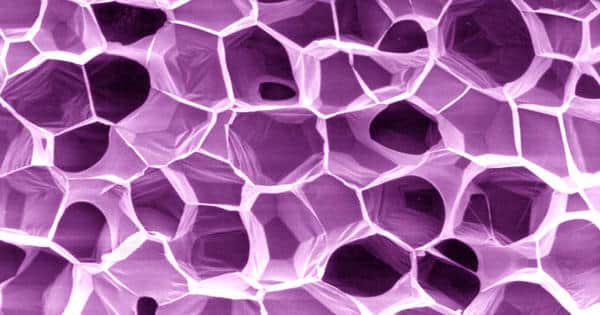 Carbon nanofoam is the fifth allotrope of Carbon after graphite, diamond, fullerene, and Carbon nanotubes. It is an allotrope of carbon discovered in 1997 by Andrei V. Rode and co-workers at the Australian National University in Canberra. It consists of a cluster-assembly of carbon atoms strung together in a loose three-dimensional web. It is a newly discovered allotrope of carbon, is a three-dimensional structure that consists of several carbon tendrils loosely bound together to form a mist-like arrangement similar to that observed in the case of an aerogel. The fractal-like bond structure consists of sp2 graphite-like clusters connected by sp3 bonds. The material is remarkedly light, with a density of 2-10 x 10−3 g/cm3 (0.0012 lb/ft3) and is comparable to an aerogel. It is usually produced by shining a high-intensity pulsed laser on a carbon target in the presence of an inert atmosphere.

“Carbon Nanofoam is a newly discovered allotrope of carbon, is a three-dimensional structure that consists of several carbon tendrils loosely bound together to form a mist-like arrangement similar to that observed in the case of an aerogel.”

Carbon nanofoam is one of the lightest solid materials known today, having a density of ~2 mg/cm3. Each cluster is about 6 nanometers wide and consists of about 4000 carbon atoms linked in graphite-like sheets that are given negative curvature by the inclusion of heptagons among the regular hexagonal pattern. This is the opposite of what happens in the case of buckminsterfullerenes in which carbon sheets are given positive curvature by the inclusion of pentagons. It has an extremely high surface area and is a good electrical insulator. It is fairly transparent, quite brittle, and can withstand very high temperatures. 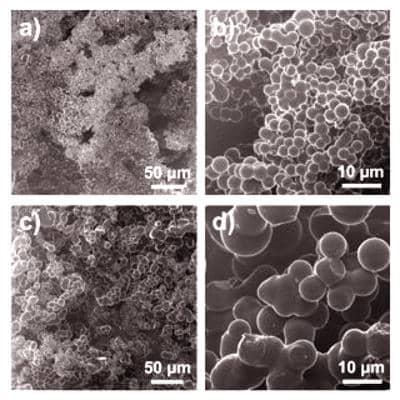 The molecular structure of Carbon nanofoam consists of Carbon tendrils bonded together in a low-density, mist-like arrangement. The primary applications for Carbon Nanofoam Paper are for energy storage such as in ultra-capacitors and ion-separations for water purification and desalination. Nanomaterials used in insulations are aerogels, made of nanofoam with nano-bubbles or nano-holes. Aerogels are probably the most promising thermal insulation materials for building applications, with a potentially large impact on energy consumption and greenhouse gas emission due to heating. The Carbon nanofoam is believed to remove “magnetic prejudice” among the known elements, the idea than an element should be stereotyped as either magnetic or nonmagnetic.

The large-scale structure of carbon nanofoam is similar to that of aerogel, but with 1% of the density of previously produced carbon aerogels—or only a few times the density of air at sea level. Unlike carbon aerogels, carbon nanofoam is a poor electrical conductor. More interestingly, carbon nanofoam contains unpaired electrons that give rise to ferromagnetism in a freshly prepared material at room temperature that tends to vanish with time. The nanofoam contains numerous unpaired electrons, which Rode and colleagues propose is due to carbon atoms with only three bonds that are found at topological and bonding defects.