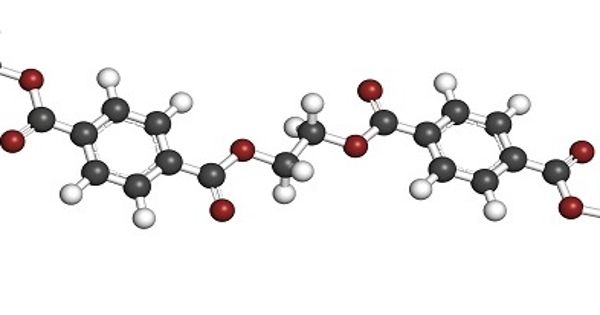 Carbon nanothreads are a new one-dimensional sp3-bonded nanomaterial of CH stoichiometry synthesized from benzene at high pressure and room temperature by slow solid-state polymerization. It is also called diamond nanothread, is an sp3-bonded, one-dimensional carbon crystalline nanomaterial. Nanothreads under crossed polars reveal their one-dimensional character.  They exfoliate into fibers, which are birefringent, consistent with the optical anisotropy predicted from their structure and crystalline arrangement. The tetrahedral sp3-bonding of its carbon is similar to that of a diamond.

Carbon nanothreads are a new type of one-dimensional sp3-carbon nanomaterial formed by slow compression and decompression of benzene.

Carbon nanomaterials such as fullerenes, nanotubes, and graphene have outstanding physical properties associated with their low dimensionality and graphite-like chemical bonding. The properties of molecules, polymers, and solids are determined by their composition and structural and bonding arrangements. Nanothreads are only a few atoms across, more than 20,000 times thinner than a human hair. The interesting properties of extended carbon solids and molecules arise from carbon-carbon bonding which extends over 6 Å or more in multiple dimensions and can give them great rigidity. They consist of a stiff, strong carbon core surrounded by hydrogen atoms. The resulting threads assume crystalline packing hundreds of micrometers across. 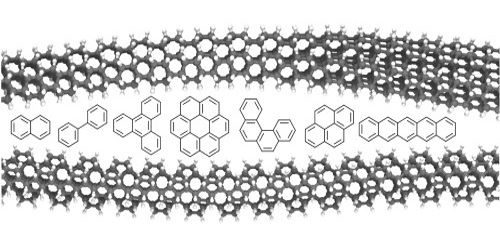 Nanothreads fill in the last remaining entry in a matrix of the hybridization and dimensionality of extended carbon solids and nanomaterials. Their 1D sp³ bonding should make their properties as different from 1D sp² bonded nanotubes as diamond is different from graphite. Carbon nanotubes, although also one-dimensional nanomaterials, in contrast, have sp2-carbon bonding as is found in graphite. Although sp3 nanothreads and sp2 nanotubes are both 1D carbon materials, their properties can be expected to contrast as sharply as diamond and graphite. The smallest carbon nanothread has a diameter of only 0.2 nanometers, much smaller than the diameter of a single-wall carbon nanotube. The properties of nanothreads have been the subject of an extensive literature of investigation by theoreticians. Much of this literature regards the mechanical properties arising from their cage-like sp3 bonding, but other properties associated with changes in composition and structure have also been investigated.