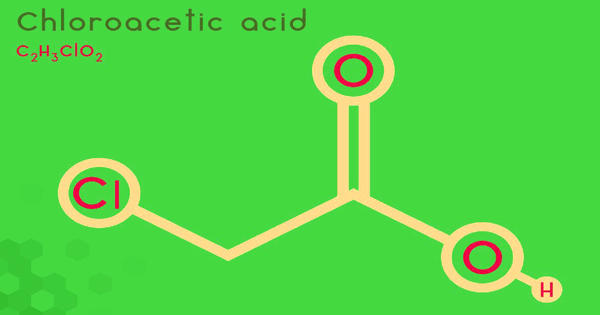 Chloroacetic acid was first prepared (in impure form) by the French chemist Félix LeBlanc (1813–1886) in 1843 by chlorinating acetic acid in the presence of sunlight, and in 1857 (in pure form) by the German chemist Reinhold Hoffmann (1831–1919) by refluxing glacial acetic acid in the presence of chlorine and sunlight, and then by the French chemist Charles Adolphe Wurtz by hydrolysis of chloroacetyl chloride (ClCH2COCl), also in 1857.

Chloroacetic acid is prepared industrially via two routes. The predominant method involves chlorination of acetic acid, with acetic anhydride as a catalyst:

The hydrolysis is conducted at 130–140 °C in a concentrated (at least 75%) solution of sulfuric acid. This method produces a highly pure product, unlike the halogenation route.