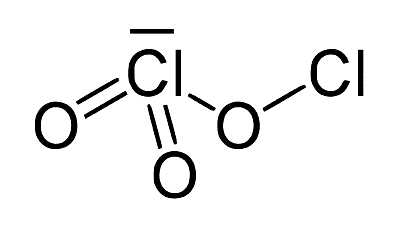 Although the acid is difficult to obtain in pure form, the conjugate base derived from it, chlorite, is stable. The well-known sodium chlorite is an example of an anion salt. This and related salts are occasionally used in the manufacture of chlorine dioxide.

HClO2 exists only in an aqueous solution. It decomposes rapidly in base to give chlorite and chlorate ions and in acid to give chlorine dioxide and chlorate and chloride ions. There is some indirect evidence for the existence of bromous and iodous acids, but they are even less stable than HCIO2.

Chlorous acid is a powerful oxidizing agent, but its disproportionation tendency negates its oxidizing potential.

It is a colorless liquid with no discernible aroma when isolated. It is an unstable compound as a result of the dismutation reaction that produces chloric and hypochlorous acid, which is similar to the reaction that produces bromine and iodine analogs. It is an extremely strong oxidizing agent that is incompatible with alkalis and reducing agents. It is widely used as a mouthwash to reduce plaque.

Chlorine is the only halogen that can form the isolable acid HXO2. Bromous acid and iodous acid have never been isolated. There are a few bromites, or salts of bromous acid, but no iodites.

This compound is extremely dangerous when it comes into contact with the skin and eyes, or when it is ingested or inhaled. If you have contact lenses and this acid gets into your eyes, remove them and flush your eyes for 15 minutes with running water while keeping your eyelids open. Use no eye ointment. If the chemical comes into contact with your clothing, remove it immediately and take a shower.