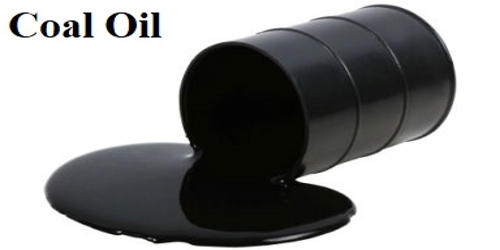 Chemically similar to the more refined, petroleum-derived kerosene, it consists mainly of several hydrocarbons of the alkane series, with 10 to 16 carbon atoms in each molecule, with a boiling point of 175°C to 325°C, higher than gasoline or the petroleum ethers, and lower than the oils. Both coal and oil are carbon-based fuels – they’re made up mostly of carbon and hydrogen. Coal usually forms from buried tissues of higher plants. Most of Earth’s coal originated as trees, ferns, and other tropical forest plants that lived in a warmer time in our history. That’s why the world’s coal beds are found on land.

Because kerosene was first derived from cannel coal, classified as a terrestrial type of oil shale, it continued to be popularly referred to as “coal oil” even after production shifted to petroleum as a feedstock. Refined hydrocarbons of the alkane series with 10 to 16 carbon atoms are the same thing whether taken from coal or petroleum. It has become popular in the 1800s, it was sometimes called “candle coal” because it lit easily to provide illumination even as a lump. Today, scientists are working to convert coal into other liquid fuels. These fuels can be produced at a much lower cost than gasoline, which could represent significant benefits to the transportation industry.