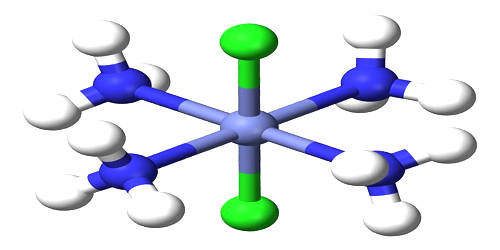 Coordination complexes are so pervasive that their structures and reactions are described in many ways, sometimes confusingly. These complexes can be neutral or charged. The atom within a ligand that is bonded to the central metal atom or ion is called the donor atom. When the complex is charged, it is stabilized by neighboring counter-ions. In a typical complex, a metal ion is bonded to several donor atoms, which can be the same or different. A complex ion has a metal ion at its center with a number of other molecules or ions surrounding it. The molecules or ions surrounding the central metal ion are called ligands. 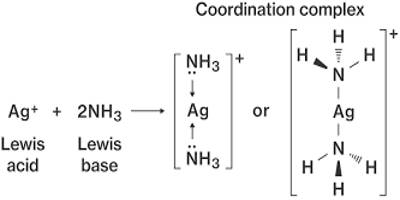 Metals only exist in solution as coordination complexes, it follows then that this class of compounds is useful in a wide variety of ways. Noble metals like silver and gold are extracted from their ore by the formation of cyanide complexes – dicyanoargentite and dicyanoaurate

In bioinorganic chemistry and bioorganometallic chemistry, coordination complexes serve either structural or catalytic functions. An estimated 30% of proteins contain metal ions. Metals can be purified by the formation and subsequent decomposition of their coordination compounds. Examples include the intensely colored vitamin B12, the heme group in hemoglobin, the cytochromes, the chlorin group in chlorophyll, and carboxypeptidase, a hydrolytic enzyme important in digestion.

Homogeneous catalysis is a major application of coordination compounds for the production of organic substances. Processes include hydrogenation, hydroformylation, oxidation. (When copper sulfate solution is mixed with aqueous ammonia, a deep blue complex soluble in water is formed. This reaction is used to detect cupric ions in the salt).