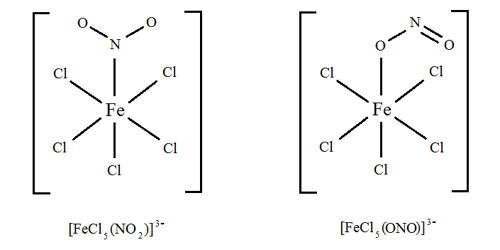 In coordination isomerism, both positive and negative ions of salt are complex-ions and the two isomers differ in the distribution of ligands between the cation and the anion. Compounds having the same molecular formula but different structures or spatial arrangements are called isomers and the phenomenon is referred to as isomerism. Coordination isomerism refers to cases where there are different ways to arrange several ligands around two metal centers. For example, there are several ways to arrange six CN− ions and six NH3 molecules around two metal ions that total +6 in the oxidation number. This type of isomerism arises from the interchange of ligands between cationic and anionic entities of different metal ions present in a complex.