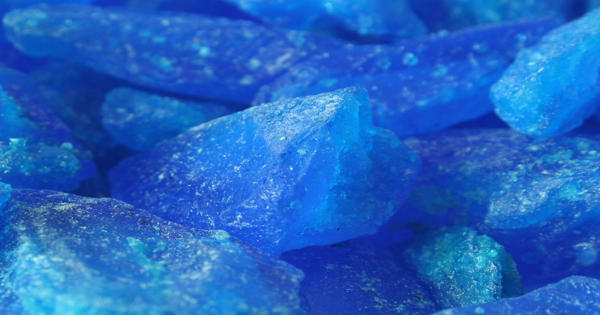 Copper sulfate is an inorganic compound that combines sulfur with copper. They are the inorganic compounds with the chemical formula CuSO4(H2O)x, where x can range from 0 to 5. The pentahydrate (x = 5) is the most common form. It is a very versatile chemical with as extensive a range of uses in industry as it has in agriculture. Older names for this compound include blue vitriol, bluestone, the vitriol of copper, and Roman vitriol. It can kill bacteria, algae, roots, plants, snails, and fungi.

The pentahydrate (CuSO4·5H2O), the most commonly encountered salt, is bright blue. In its solid, crystal-shaped stone form (known as a pentahydrate) it’s known as bluestone or blue vitriol for its blue color. It exothermically dissolves in water to give the aquo complex [Cu(H2O)6]2+, which has octahedral molecular geometry. The structure of the solid pentahydrate reveals a polymeric structure wherein copper is again octahedral but bound to four water ligands. This form is characterized by its bright blue color. However, it can be noted that the anhydrous form of this salt is a powder that is white. The Cu(II)(H2O)4 centers are interconnected by sulfate anions to form chains. Anhydrous copper sulfate is a light grey powder.