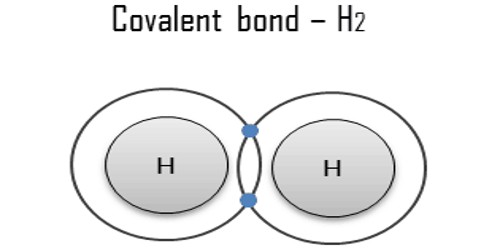 Covalent bonds occur when electrons are shared between two atoms. They are chemical bonds between two non-metal atoms. An example is a water, where hydrogen (H) and oxygen (O) bond together to make (H2O). Each of the covalent bonds contains two electrons, one from a hydrogen atom and one from the oxygen atom. The binding arises from the electrostatic attraction of their nuclei for the same electrons. A full outer shell usually has eight electrons or two in the case of hydrogen or helium. Valence electrons are the electrons held comparatively loosely in the outer shell of the atom. Atoms will covalently bond with other atoms to attain the nearest noble gas configuration. It forms when the bonded atoms have lower total energy than that of widely separated atoms.

Covalent bonds are formed by atoms sharing valence electrons. This type of bond may also be found in other chemical species, such as radicals and macromolecules. If for example, an atom had nine electrons, the first two-orbit very close to the nucleus, the next seven orbit a little farther away. The outer seven electrons are less tightly held than the inner two electrons because they are further away from the positively charged nucleus. The electron pairs that participate in a covalent bond are called bonding pairs or shared pairs. If this atom gets close to another atom, with a loosely held electron in its outer shell, a new orbital will become available to the loosely held electron. This new electron orbital is bound to both atomic nuclei and has a lower energy level than the original electron orbital. The electron can spontaneously jump to it and emit a photon with the excess energy. The two atoms are now held together by the electromagnetic force of attraction between positive and negative charges. This is called a covalent bond. 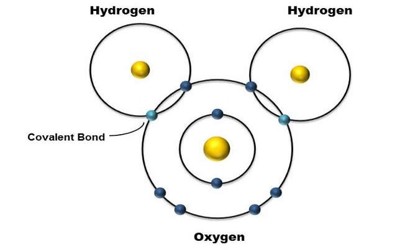 Covalent bonds are weaker than ionic bonds and have a lower melting point. They are also generally poor conductors of electricity and heat.