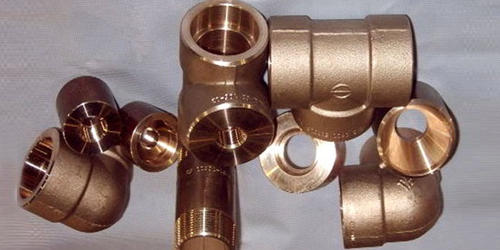 Cupronickel (also referred to as copper-nickel alloy) refers to a group of copper-nickel alloys that are used in saltwater environments due to their corrosion-resistant properties. It is an alloy of copper that contains nickel and strengthening elements, such as iron and manganese. These alloys are widely used for marine applications due to their excellent resistance to seawater corrosion, low macrofouling rates, and good fabricability. These alloys have good working properties, are readily weldable, and considered insensitive to stress corrosion. The copper content typically varies from 60 to 90 percent.

A cupronickel is an important group of alloys of copper and nickel; the alloy containing 25 percent nickel is used by many countries for coins. Despite its high copper content, cupronickel is silver in color. The addition of nickel to copper improves strength and corrosion resistance while allowing the alloy to remain ductile. Cupronickel is highly resistant to corrosion by saltwater and is therefore used for piping, heat exchangers, and condensers in seawater systems, as well as for marine hardware. 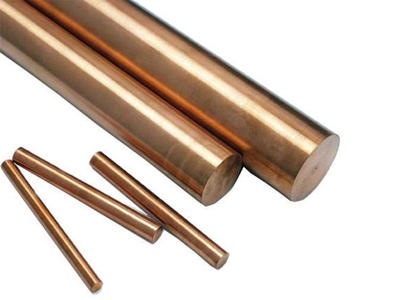 It can be found in naval and commercial shipping, offshore oil and gas production as well as desalination and power generation. It is sometimes used for the propellers, propeller shafts, and hulls of high-quality boats. Other uses include military equipment and chemical, petrochemical, and electrical industries. It has high electrical resistivity; constantan, an alloy of 55 percent copper and 45 percent nickel, is used in resistors, thermocouples, and rheostats.

Another common modern use of cupronickel is silver-colored coins. For this use, the typical alloy has a 3:1 copper to nickel ratio, with very small amounts of manganese. In the past, true silver coins were debased with cupronickel. Easily worked hot or cold, cupronickel has numerous applications, with 20 percent nickel, for example, in exposed automobile parts.

Cu-Ni alloys are alloys of copper and nickel with or without other elements, whereby the zinc content may not be more than 1%. Cupronickel lacks a copper color due to nickel’s high electronegativity, which causes a loss of one electron in copper’s d-shell. When other elements are present, nickel has the largest individual content after copper, compared with each other element.

Important properties of cupronickel alloys include corrosion resistance, inherent resistance to macrofouling, good tensile strength, excellent ductility when annealed, thermal conductivity and expansion characteristics amenable for heat exchangers and condensers, good thermal conductivity and ductility at cryogenic temperatures, and beneficial antimicrobial touch surface properties. As with other copper alloys, it is necessary to distinguish between wrought alloys, which are processed to semi-finished products, and cast alloys, from which castings are produced by various casting processes.