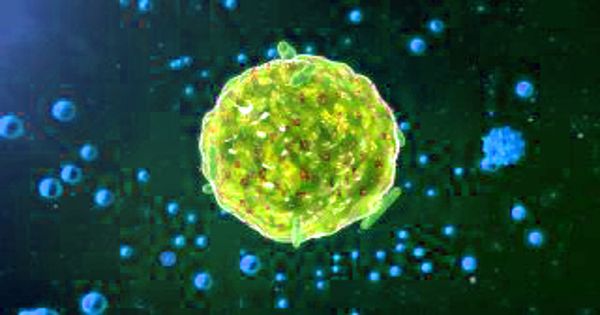 Cytokines – a group of signaling molecules made by cells

Cytokines are a group of signaling molecules made by cells. They are a large group of proteins, peptides, or glycoproteins that are secreted by specific cells of the immune system. They help to control the immune system and fight disease. They are a category of signaling molecules that mediate and regulate immunity, inflammation, and hematopoiesis. They are similar to hormones and, as we learn more about each, distinctions between the two are fading. It can be defined operationally as polypeptides secreted by leukocytes and other cells that act principally on hematopoietic cells, the effects of which include modulation of immune and inflammatory responses.

Cytokines are cell signaling molecules that aid cell to cell communication in immune responses and stimulate the movement of cells towards sites of inflammation, infection, and trauma.

Cytokines carry signals locally between cells, and these signals have an effect on other cells. They are small secreted proteins released by cells that have a specific effect on the interactions and communications between cells. They are made of proteins, peptides, or glycoproteins. These are major communication mechanisms used by immune cells. The cytokines are a large family of polypeptide regulators that are produced throughout the body by many groups of cells. These are small, non-structural proteins with low molecular weights that have a complex regulatory influence on inflammation and immunity.

Cytokines are produced throughout the body by cells of diverse embryological origin. Some well-known cytokines include interferon, prostaglandin, and interleukins. These are produced by a broad range of cells, including immune cells like macrophages, B lymphocytes, T lymphocytes, and mast cells, as well as endothelial cells, fibroblasts, and various stromal cells; a given cytokine may be produced by more than one type of cell. Cytokines can be detected using the ELISA and ELISPOT techniques.

Cytokines work by signal transduction. The most current terminology used to describe cytokines is “immunomodulating agents” or agents that modulate or alter the immune system response. Each cytokine has a matching cell-surface receptor. Then cascades of signals inside the cell change cell functions. These are important regulators of both the innate and adaptive immune response. This may include the regulation of several genes, the production of other cytokines, or an increase in surface receptors for other molecules. They are the unsung heroes of the immune system, often acting as the first responders to pathogen infection.