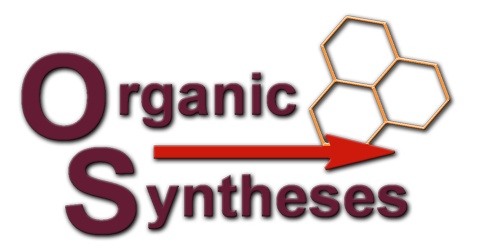 The mastery of organic synthesis affords chemists with a powerful and unique skill—the ability to create new structures with new properties.

A total synthesis is the complete chemical synthesis of complex organic molecules from simple, commercially available (petrochemical) or natural precursors. Total synthesis may be accomplished either via a linear or convergent approach. In a linear synthesis—often adequate for simple structures—several steps are performed one after another until the molecule is complete; the chemical compounds made in each step are called synthetic intermediates. For more complex molecules, a convergent synthetic approach may be preferable, one that involves individual preparation of several “pieces” (key intermediates), which are then combined to form the desired product.

The creative nature of total synthesis earned this discipline the privilege of being called a fine art and a precise science. Technologies derived from it, and organic synthesis in general, have led to an impressive host of benefits to society, including useful products ranging from pharmaceuticals, dyes, cosmetics and agricultural chemicals to diagnostics and high-technology materials used in computers, mobile phones and spaceships. Methods and Principles of Organic Synthesis

A method may already exist in the literature for making one of the early synthetic intermediates, and this method will usually be used rather than an effort to “reinvent the wheel”. However, most intermediates are compounds that have never been made before, and these will normally be made using general methods developed by methodology researchers. To be useful, these methods need to give high yields, and to be reliable for a broad range of substrates. For practical applications, additional hurdles include industrial standards of safety and purity. A multi-step synthesis of any organic compound requires the chemist to accomplish three related tasks:

These are not discrete independent tasks to be attacked and solved in turn, but must be integrated and correlated in an overall plan. Thus, the assembly of the molecular framework will depend in part on the structure and functionality of available starting materials, the selectivity (regio and stereo) of the various reactions that may be used to stitch them together, and the loss or relocation of functional groups in the intermediate compounds formed on the way to the final product.

Applications and Design of Organic Synthesis

The discovery requires extensive knowledge of and experience with chemical reactivities of appropriate reagents. Optimisation is a process in which one or two starting compounds are tested in the reaction under a wide variety of conditions of temperature, solvent, reaction time, etc., until the optimum conditions for product yield and purity are found. Finally, the researcher tries to extend the method to a broad range of different starting materials, to find the scope and limitations. Total syntheses are sometimes used to showcase the new methodology and demonstrate its value in a real-world application. Such applications involve major industries focused especially on polymers (and plastics) and pharmaceuticals. Elias James Corey uses the “disconnection approach” to designing an organic synthesis, focusing on the construction of key bonds, for which he won the Nobel Prize for Chemistry in 1990. In this approach, the synthesis is planned backwards from the product, using standard rules. The steps “breaking down” the parent structure into achievable component parts are shown in a graphical scheme that uses retrosynthetic arrows (drawn as ⇒, which in effect, mean “is made from”).