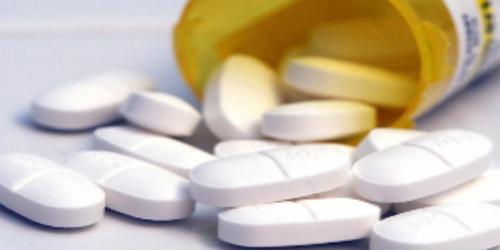 It is recognized generally that the in vitro tablet disintegration test does not necessarily bear a relationship to the in vivo action of a solid dosage form. To be absorbed a drug substance must be in solution, and the disintegration test is a measure only of the time required under a given set of conditions for a group of tablets to disintegrate into particles. Generally, this test i useful as a quality-assurance tool for conventional (non-sustained-release) dosage forms. In the present disintegration test the particles are those that will pass through a 10-mesh screen. In a comparison of disintegration times and dissolution rates or initial absorption rates of several brands of aspirin tablets, it was found that the faster-absorbed tablets had the longer disintegration time. Regardless of the lack of significance as to in vivo action of the tablets, the test provides a means of control in ensuring that a given tablet formula is the same as regards disintegration from one production batch to another. The disintegration test is used as a control for tablets intended to be administered by month, except for tablets intended to be chewed before being swallowed or tablets designed to release the drug substance over a period of time.

Exact specifications are given for the test apparatus, in as much as a change in the apparatus can cause a change in the results of the test. The apparatus  consist of a basket rack holding six plastic tubes, open at the top and bottom; the bottom of the tubes is covered with 10-mesh screen.. The basket rack is immersed in a bath of suitable liquid, held at 370, preferably in a 1-L beaker. The rack moves up and down in the fluid at a specified rate. The volume of the fluid is such that on the upward stroke the wire mesh remains at least 2.5 cm below the surface of the fluid and descends to not less than 2.5 cm from the bottom on the downward stroke Tablets are placed in each of the six cylinders along with a plastic disc e the tablet unless otherwise directed in the monograph. The endpoint of the test is indicated when any residue remaining is a soft mass with no palpably soft core. The plastic discs help to force any soft mass that forms through the screen.

For compressed, uncoated tablets the testing fluid is usually water at 370, but in some cases the monographs direct that Simulated Gastric Fluid TS be used. If one or two tablets fail to disintegrate, the test is to be repeated using 12 tablets. Of the 18 tablets then tested, 16 must have disintegrated within the given period of time. The conditions of the test are varied somewhat for coated tablets, buccal tablets, and sublingual tablets Disintegration times are included in the individual tablet monograph. For most uncoated tablets the period is thirty minutes although the time for some uncoated tablets varies greatly from this

Objective: The objective of this experiment is to determine whether tablet disintegrate within the prescribed time when placed in a liquid medium in the experimental conditions.

Disintegration is considered to be achieved when the: