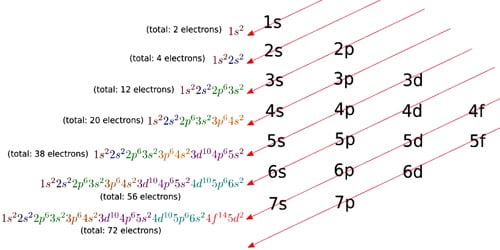 There are four kinds of electron configurations: s, p, d, and f orbitals. S orbitals are roughly sphere-shaped, p orbitals are shaped like a dumbbell, d orbitals are usually shaped like a four-leaf clover, and f orbitals form a mathematically complex shape. An atom can have more than one orbital; in fact, all except hydrogen do. Similarly, atoms can have more than one of each kind of orbital. It describes electrons as each moving independently in an orbital, in an average field created by all other orbitals. 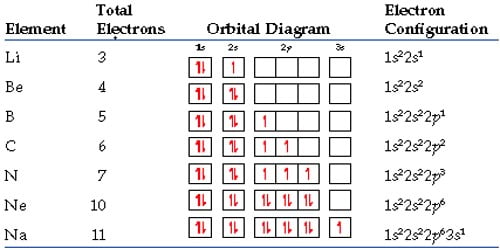 For example: Looking at the periodic table, you can see that Oxygen has 8 electrons. Based on the order of fill above, these 8 electrons would fill in the following order 1s, 2s and then 2p. So Oxygen’s electron configuration would be O: 1s22s22p4. Many of the physical and chemical properties of elements can be correlated to their unique electron configurations.

Electron Configurations are useful for:

The concept is also useful for describing the chemical bonds that hold atoms together. The electron configurations fill up with electrons in an unchanging order. They describe how the electrons behave and orbit the nucleus. From this configuration, an atoms’ reactivity and potential for corrosion can be determined.