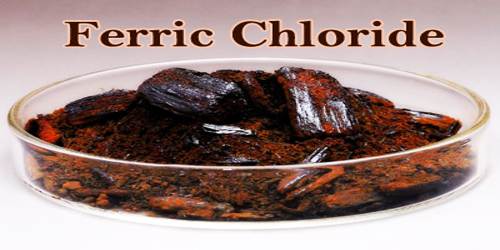 An orange to brown-black solid is ferric chloride, also referred to as Iron(III) chloride. It is the inorganic formula compound (FeCl3); in the +3 oxidation state, it is a typical iron compound. In water, it is slightly soluble. They are non-combustible. It is corrosive to aluminum and other metals when wet. Before adding water, gather and extract spilled solids. With a melting point of 307.6° C, the anhydrous compound is a crystalline solid. The color relies on the viewing angle: the crystals appear dark green through reflected light, but they appear purple-red through transmitted light. 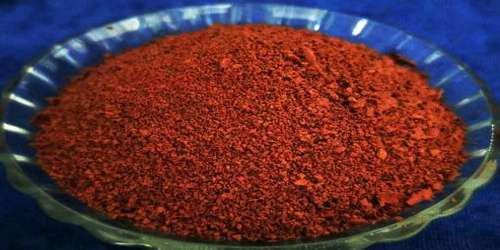 Ferric chloride (or Iron(III) chloride) is used as an etching agent for engraving circuit boards, and in the manufacture of other chemicals, to treat sewage, industrial waste, to purify water. It occurs naturally as the molysite of the mineral. For preparing a number of iron(III) salts, the compound is commonly used. Iron(III) chloride features a relatively low freezing point and boils at around 315 °C. The vapor consists of the dimer Fe2Cl6 (cf. aluminum chloride) which increasingly dissociates into the monomeric FeCl3 (with D3h point group molecular symmetry) at higher temperatures, in competition with its reversible decomposition to grant iron(II) chloride and chlorine gas.

Ferric chloride, a solution with a mild hydrochloric acid odor, appears as a colorless or light brown aqueous solution. Extremely corrosive and potentially tissue-corrosive to most metals. In comparison to the light pink solutions of (Fe(H2O)6)3+, aqueous solutions of ferric chloride are characteristically yellow. Hydroscopic, hexagonal, dark crystals are found in a pure material. According to spectroscopic measurements, the octahedral complex (FeCl2(H2O)4)+ (stereochemistry unspecified) and the tetrahedral (FeCl4)– are the dominant species in aqueous ferric chloride solutions. 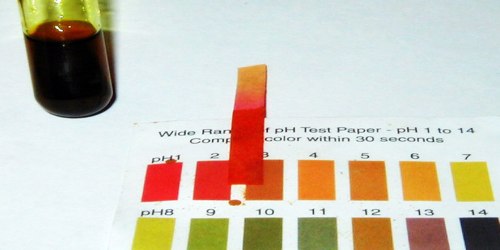 Ferric chloride is also one of the few chemical products for water treatment that can sequester odors. Combined with use in industrial water applications and within the pretreatment of seawater before desalination, total water treatment accounts for over three-fourths of total demand globally. Additionally, this compound is used within the ferric chloride test, which is employed to assess the relative corrosion resistance of stainless and nickel-base alloys. It has been shown that the ferric chloride test is a satisfactory indicator of the suitability of such alloys in paper mill bleaching plants and seawater for operation.

Ferric Chloride, which acts as a source of iron, is a mineral and dietary supplement. It is widely used in the laboratory as a Lewis acid for catalyzing reactions such as aromatic compound chlorination and Friedel-Crafts aromatic reaction. It is less strong than aluminum chloride, but this mildness contributes to higher yields in some instances. It is also used as an etchant; in textiles; in photography; as a disinfectant; as a feed additive; for photoengraving and rotogravure. Poison by ingestion and intravenous pathways. Reproductive experimental results. An irritant to the eyes, skin, and mucous membranes, perhaps. Recorded data on mutations. To generate poisonous and corrosive gases, it reacts with water. Inappropriate labeling and handling contribute to misdiagnosis or unintentional swallowing. It is crucial to have an early diagnosis, especially in seriously poisoned patients.