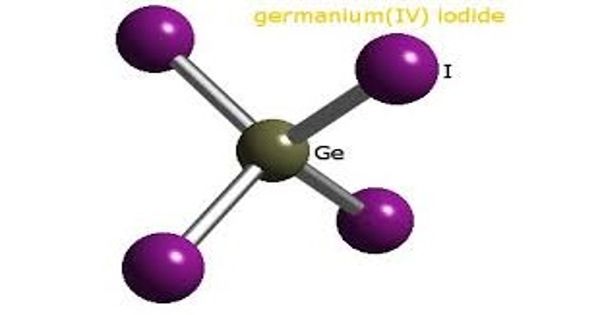 In recent years, GeCl4 usage has increased substantially due to its use as a reagent for fiber optic production. It is a toxic material. 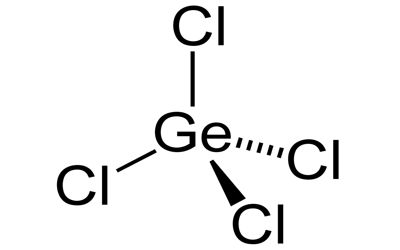 Germanium (Ge) is a chemical element between silicon and tin in Group 14 (IVa) of the periodic table, a silvery-gray metalloid, intermediate in properties between the metals and the nonmetals. Most commercial production of germanium is from treating flue-dusts of zinc- and copper-ore smelters, although a significant source is also found in the ash from the combustion of certain types of coal called vitrain. Germanium tetrachloride is an intermediate for the purification of germanium metal or its oxide, GeO2.

Germanium(IV) chloride often is obtained as a byproduct of germanium metal production. The process involves heating germanium oxide, GeO2, with sodium chloride and coal. The vapors of germanium(IV) chloride and other volatile chlorides formed from the impurity metals are condensed. The product is isolated by fractional distillation. Further purification may be achieved by fractional distillation in 8N HCl and chlorine, or in the presence of other oxidizing agents in quartz stills.

Germanium(IV) chloride also is obtained by chlorination of germanium(II) chloride at ambient temperature. The reaction is rapid.

Germanium tetrachloride can be generated directly from GeO2 (germanium dioxide) by the dissolution of the oxide in concentrated hydrochloric acid. The resulting mixture is fractionally distilled to purify and separate the germanium tetrachloride from other products and impurities. Production of GeO2, however, is dependent on the oxidized form of germanium extracted from the ore.

Germanium tetrachloride is used almost exclusively as an intermediate for several optical processes. It is used in the microwave preparation of Ge2Cl6, a colorless crystalline material that was included in a further study of low-valent germanium compounds.