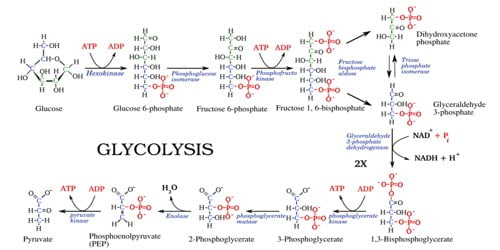 Glycolysis is thought to be the archetype of a universal metabolic pathway. It is present in nearly all living organisms. It can take place with or without oxygen. It occurs, with variations, in almost all organisms, both aerobic and anaerobic. The wide occurrence of glycolysis shows that it is one of the most ancient known metabolic pathways. It takes place in the cytoplasm. 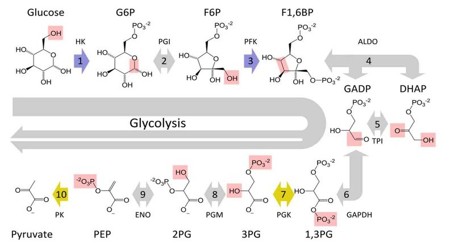 The second half of glycolysis is known as the ‘pay-off phase’, by the net gain of the energy-rich molecules ATP and NADH. In the absence of oxygen, glycolysis allows cells to make small amounts of ATP through a process of fermentation. Since glucose leads to two trioses (G3P) sugars in the preparatory phase, each reaction in the pay-off phase occurs twice per glucose molecule. This yields 2 NADH molecules and 4 ATP molecules, leading to a net gain of 2 NADH molecules and 2 ATP molecules from the glycolytic pathway per glucose molecule. Glycolysis needs to accept electrons as part of a specific reaction.

Cells performing aerobic respiration (respiration using oxygen) synthesize much more ATP, but not as part of glycolysis. These further reactions use the pyruvate from glycolysis. It is trapped by phosphorylation, with the help of the enzyme hexokinase.