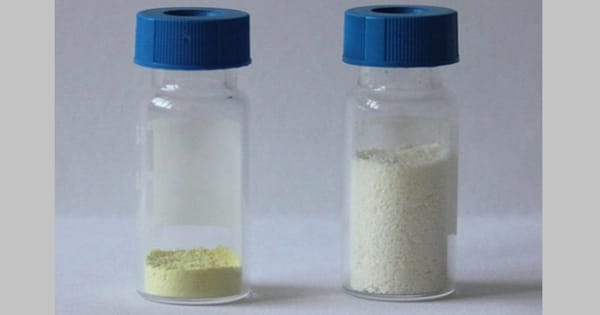 Graphitic carbon nitride (g-C3N4) is a polymeric material made up of C, N, and some impurity H that is linked together using tris-triazine-based patterns. It is a family of carbon nitride compounds with a general formula similar to C3N4 (albeit with non-zero amounts of hydrogen) and two major substructures based on heptazine and poly(triazine imide) units that exhibit varying degrees of condensation, properties, and reactivities depending on reaction conditions. It is a relatively new type of carbon-based material that has only recently been synthesized.

A new method of producing graphitic carbon nitrides by heating a mixture of melamine and uric acid in the presence of alumina at 400-600 °C has recently been reported. The deposition of graphitic carbon nitrides layers on the exposed surface was aided by the presence of alumina. This method is comparable to in situ chemical vapor deposition (CVD).

It is a semiconductor polymeric photocatalyst that has gained popularity in the field of visible-light-induced hydrogen evolution reaction (HER) due to its simple synthesis procedure, low bandgap energy, light absorption in the visible spectrum, easy functionalization, appealing electronic band structure, and high physicochemical stability.