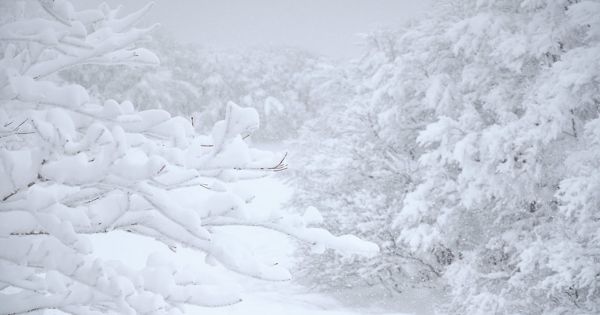 Hard rime is formed by the rapid freezing of supercooled water so that the droplets freeze more or less individually, leaving air gaps. It is white ice that forms when the water droplets in fog freeze to the outer surfaces of objects. Near the ground, it is deposited mainly on objects exposed to at least moderate wind. In the windward direction, the deposit may form a thick layer. It is often seen on trees atop mountains and ridges in winter when low-hanging clouds cause freezing fog. In the free atmosphere, hard rime may form on the parts of aircraft exposed to the relative wind. This fog freezes to the windward (wind-facing) side of tree branches, buildings, or any other solid objects, usually with high wind velocities and air temperatures between −2 and −8 °C (28.4 and 17.6 °F). It occurs when low clouds cause freezing fog and can be found on trees, atop mountains, and high ridges in winter.

Hard rime is rather adhesive but can be scratched off the object. This fog freezes along the windward (facing the wind) sides of trees, buildings, and other solid objects. Hard rime mainly forms at temperatures between −2 °C and −10 °C. High winds are usually an accompaniment to its formation. The air temperature required is typically between 17°F and 29ºF. Hard rime is somewhat less milky, especially if it is not heavy.

Hard rime often has fewer water droplets and more ice crystals. Its formations are difficult to shake off; they have a comb-like appearance, unlike soft rime, which looks feathery or spiky, or clear ice, which looks homogeneous and transparent.